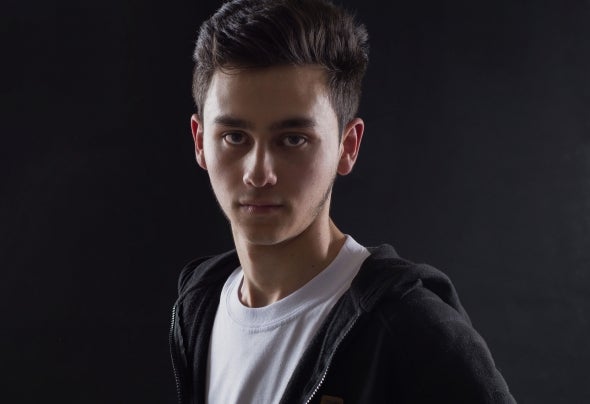 Sebastian Bedregal Belmont (Bitas) is a young DJ/Producer from Bolivia. Who's been producing electronic music and playing on several events this 2017.He started his musical career in 2014 releasing his first original piece, ‘Azimuth’ in March 13th of 2015 in Blow The Roof Records, then he released "Hype Up" on May 29th and ‘Resonation’ on September 8th. His track ‘T.I.K.I’ with Tegi was released on Brooklyn Fire Records.His release ‘Whispers’ has reached Armada Music getting support out from big names. Released Nocturne on the CELL Network's ADE Sampler 2016 and he had end up 2016 with Requiem, out now on the CELL Network.Started 2017 with ‘Sphinx’ together with Jakik, out on CELL Recordings. His track ‘Galactic’ together with ANG and Syzz got played by BLASTERJAXX at Tomorrowland Brasil 2016, out on TNC Recordings.His ‘The Twilight Faithful’ remix got massive support from Knife Party, out at BANG IT! Records. He released his ‘You’ remix on BANG IT Records! On March, which got played by David Guetta and VINAI. Released ‘Atlantis’ with TRIIILOGY on Quartzo Records on April 7th.He has many unreleased tracks and collaborations which he will be releasing soon. He has gained support from big artists like David Guetta, W&W, BLASTERJAXX, Knife Party, DANNIC, VINAI, Gareth Emery, Lucky Date, Juicy M, Quintino, Starkillers, Club Banditz and many more.He will continue performing this year on many more events with Bolivia Electronica. Bitas is someone to keep an eye of these next years.