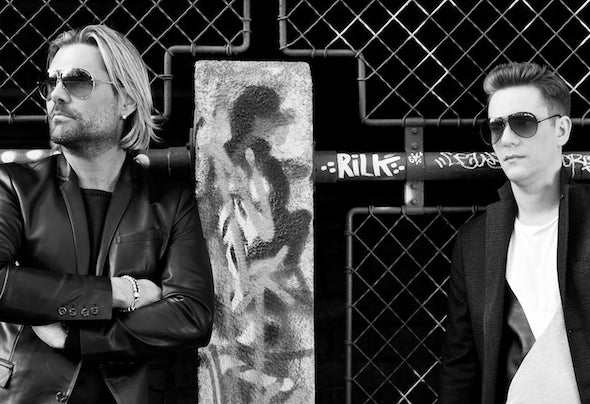 Frontload may be a new name to you but not for long; three ambitious guys from Vienna in Austria who notch up experience in both the recording studio as well as in club consoles on an international level.Past releases have included singles on Tiger, Kontor, Made In NL (Spinnin’ Records), Prime Time Recordings, Polygram and Sony BMG to name but a few.Here we are talking about a project that knows where it wants to go and the guys are pulling no punches to get there. Managed by Elaine Karlsson and Luciano Ingrosso, there is a fast growing buzz about this outfit in all the right places. The various influences of the three members have found a mutual meeting point and the results, whether talking about live gigs or productions, speak for themselves and their fan-base is growing by the day. In the first few months of 2014 they will be releasing a single on Wormland Records entitled ‘Rebels’, a remix for the StadiumX track ‘Howl At T he Moon’ on Protocol, a remix for Italian producers Nari & Milani for Joia Records, a single release for Ultra Music entitled ‘Dr Who’, a remix for Mando Diao’s latest single ‘Black Saturday’ (Universal) that is currently climbing charts everywhere.We think that actions speak much louder than words and with an upcoming release schedule like this as well as numerous gigs coming in rapidly Frontload are ‘the whole package’!!!Remember the name – you will be hearing it a lot very soon.