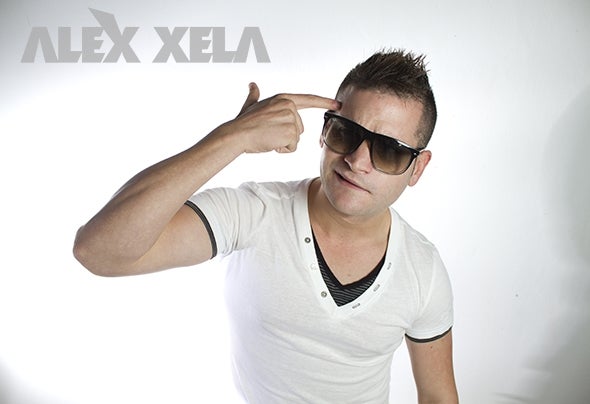 Born in Paris and living in Tenerife (Canary Islands), Alex Xela remains committed to his work, firm in his beliefs to provide to musical world an innovate restlessness that accompanies from the moment he was awakened in his love for the club music, and the visions to expand and take it in new directions.With his unique style and direction, Alex Xela got residency in prestigious clubs on the island, such as the Status-room where every weekend over two thousand people attended and then to Seven Eclectic Dance Club Tenerife, an innovative and creative club. During that time Alex Xela refined his technique and sessions, acquiring an audience eager for his fresh sounds and eclectic mixes.In 2010 Alex Xela performed at the Arenal Sound Festival in Castellón, where he was placed 6th in a competition of a 100 deejays. After this, Alex took on one of his most ambitious projects, moving into the world of production with Six Sound Records, which has through hard daily work has been recognized in international arena for fresh productions, and with an unmistakable style in his own Spanish-French origin.Recruited by producer Vertigo as representative in the Tenerife Carnival 2011, Alex showed his genius with an unforgettable set that had the 1000‘s of fans packed into the Plaza de Europa transfixed: Supermartxé World Tour, with Juanjo Martin, Max FM, with Miguel Angel Roca, Oh My God Festival and Pacha Ibiza World Tour, with Tucillo and Sebastian Gamboa, all left the audience begging for more.With little time to draw breath, and eager for more Alex Xela was recruited by a number of event companies to arrange their line ups for shows, his outstanding participation in Supermartxé World Tour official accompanying vocalist Nalaya- “Matinee World Tour” at Pacha Gran Canaria with Sebastian Gamboa, plus performing with artists such as the amazing Nervo in Faro Chill Art, are the climax of an exciting year that has seen,as if that were not enough, the publication of an in voice own track with Pacha Recordings label and the birth of his new own label Amazing Digital Sound.There are certain turning points in the career path of an artist which pose great challenges. For Alex Xela, that inevitable leap forward is the fruit of his own versatility and change of a musical style. Today, wandering between electro and progressive, his productions with talented singers and international producers. His latest companion, Colombian Eddie Nick, has been the perfect alter ego of Alex and between them, have produced their first big collaboration: 'Flash Dance', a remix contest for Majestic Records label.Currently, Alex Xela is in the process of preparing a tour, that will raise him from the canarian island boundaries and will propel him world wide