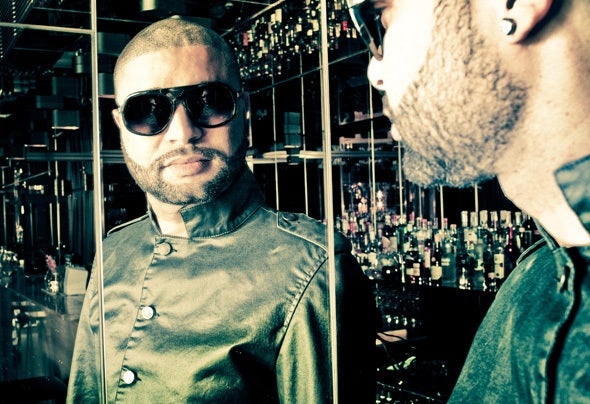 Joseph Armani, born in Venice (ITA) and raised in the little Mediterranean island of Malta, has been in the music business since he was a little boy at the age of 5. He grew up in the limelight and was already a little singer and dancer back then.At 14 he decided to learn how to DJ and as soon as he began he quickly realized that this would be his job for the rest of his life.At 20 he became a local super star when he released his 1st single ‘Ride Me’ on Flesh Records Berlin. This track created a whole musical revolution on the island as it was the 1st ever EDM track with maltese language vocals. In 2001 he attended the RedBull Music Academy and there he improved his skills and gained lots of experience. He started playing all over Germany and got residencies with people like Paul van Dyk and many more. 2005 is when he met David Guetta and David himself immediately noticed the natural talent this young boy had. Joe passed him his latest track at the time and David kept playing it in all of his sets for more than a year, resulting in many other DJ’s asking if they could get the song to play it themselves.After his first successful time, Guetta released the track 'Infatuation' on FMIF Records and shortly after Luciano Ingrosso released it on Joia Records the track became an underground hit and has been played by loads of top DJ's such as: Eric Prydz, Steve Angello, Sebastian Ingrosso, Pete Tong, Carl Cox, Sasha, Plump Djs, FatBoy Slim, to name a few. Since then, Joe toured around the globe headlining some of the world's top clubs and festivals, from Russia to East Europe, to Japan and South America as well as all over Europe.The future looks very bright for Joe as he is one of the fresh new signings on Joia Agency and has some promising releases coming out soon, so stay tuned!