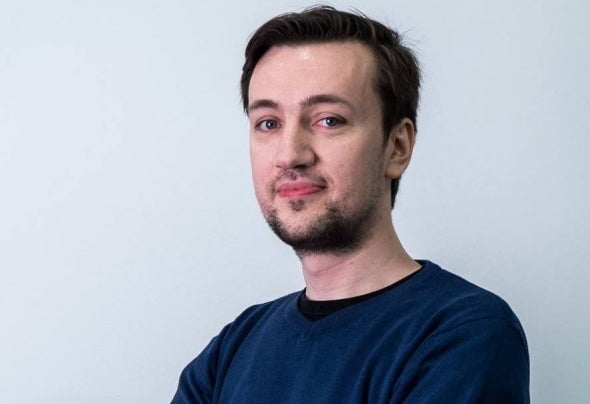 The Trixx is Croatian producer Goran from Zagreb. The project was a duo until 2016, when one of the guys moved to Norway, so Goran decided to continue his musical journey alone. Guys started producing in 2007 and have so far succeeded in producing some well-supported tracks and remixes. Their firstly recognized remix for the track „Only Love“ by Hot Jay vs Cash in 2009 received huge support in Croatia, and thanks to this remix the guys got the chance to remix tracks for D.O.N.S., Jerry Ropero and Freemasons. In the following years, their focus was on releasing quality tracks instead of focusing on quantity. This combination of talent, dedication and philosophy in their production caught the eye of legendary producer/DJ Laidback Luke, who discovered The Trixx project and decided to mentor them in the future. As a result, The Trixx signed an exclusive publishing deal with Laidback Luke. The first Trixx release on Ones to Watch (Mixmash) Records was a huge summer anthem with the incredible vocals of Nuthin' Under a Million and a powerful break. The track is called "Forever", and it received support from Laidback Luke and Swanky Tunes among the others. It also received the #30 position on the DMC Miami Buzz Chart, which was a huge success for the guys. Over the summer the guys released a festival track „Blackbeard“, and another one on Lukes label titled „Too Close“ which is an emotional progressive track. Although The Trixx is now no longer a duo that doesnt mean there isnt any new music. Quite the opposite, The Trixx have more fresh demos then ever as well as some interesting collaborations with different producers and artists. Set on following their dreams and passion, The Trixx project is one of the best Croatian music exports in EDM. The Trixx recently launched a new monthly podcast titled 'The Trixxcast' which showcase the best of new music in the scene and new tracks by The Trixx. In 2016 The Trixx played on the Ultra Europe Worlwide Stage, and after the summer he released two amazing tracks – „Till the Sky is Falling“ with Steven Maar and Vin Harris which made it to number 6 Big Room releases on Beatport, and Electrified with Ollie Jones and MataLive which also made it to the Beatport Top 100. 2017 started with another Mixmash release, this time a collab with Steven Maar and Christy Million called "Working hard" was released on the Mixmash Deep Label. With the support from the guys such as Afrojack, Laidback Luke and Don Diablo, this track made it to the future house top 30 on Beatport. Later in the year The Trixx released two more tracks, "Fall For You" with Calligra and Jake Dile, and "Afterglow" with steven Maar, Camden Levine and Lux out on Ensis Records, and also performed on the huge Seastar Festival, which is Croatian edition of the famous Exit Festival. 2018 whos no signs of stopping – the year started with a collab with Sven Kirchhof and Shandra Dixon on the legendary German imprint 120db Records, and the summer delivered something fresh on another legendary label from Germany Housesession Records. Summer of 2019 was full of suprises – The Trixx was invited to play the Ultra Europe once again, and he also signed two releases on the imprint of the Grammy nominated artist – EDX. After releasing „You Got Me“ on Pinkstar Recordings, the following collab with John Amaro was a huge radio anthem and it made it to the #13 on Beatport Future House Chart. Some pretty huge demos are on the horizont as well as the new podcast season, so keep an eye on The Trixx social media for some great music!