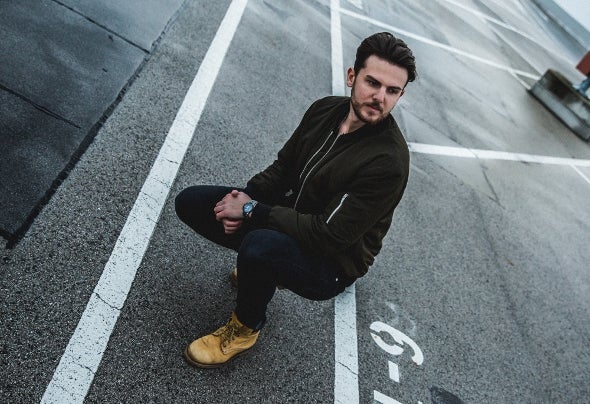 Jewgeni Grischbowski (* 20.07.1992 in Zhytomyr, Ukraine) is a Russian-German music producer and DJ, based in Germany. His debut EP "Get The F**k Up" reached #4 in the German Club Charts in 2010. After that he released several remixes for artists like Gorillaz, OneRepublic, Skrillex and more. His song 'I Need Love' and the remixes for OneRepublic & Route94 have reached more than a million plays in a very short time and were voted No.1 on the music site The Hype Machine. He has played shows all over Germany and globally, including South Korea, Portugal, Italy, Sweden, Poland, Ukraine, Austria, Switzerland and Hungary. On some of them he has shared the stage with DJs like Martin Garrix, DJ Snake, Dimitri Vegas & Like Mike, Zedd and many more.