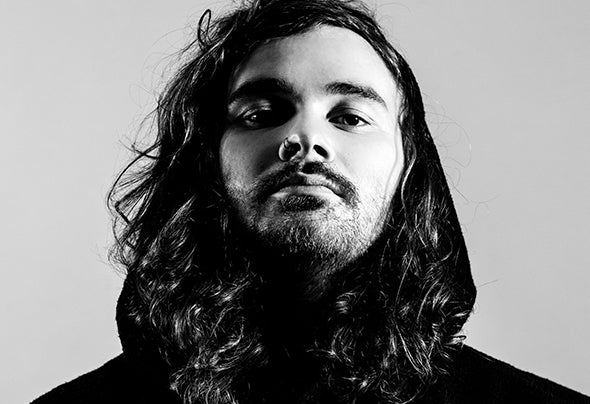 Still only in his early 20’s, UK based DJ and producer wAFF has an undeniable talent that far exceeds his years. His musical passion and mind-boggling affinity with production software sees him surgically attached to his laptop 90% of his day, with the other 10% being spent delving into the back catalogues of heroes and musical influences Loco Dice, Luciano, Ricardo Villalobos, Tania Vulcano and Marco Carola.Following years of successful DJing, production and clubnight promotion in his native East Yorkshire, wAFF’s time in the limelight finally came in 2012. Throughout an unfathomable year, in which he released his first four track EP on Jamie Jones and Lee Foss’ world renowned label Hot Creations, heads have been t urned in all corners of t he globe t oward one of the most exciting new talents around today. His now legendary track, ‘Jo Johnson’, held it’s own in the record bags and DJ charts of everyone from Sven Vath and Loco Dice to Cajmere and Groove Armada and closed some of the most memorable nights of the Ibizan summer. Being voted the number two track of the year by DJmag sealed the deal towards the latter end of 2012 and his fans and DJ peers now wait with bated breath for his next move.After his hugely successful and much talked about September debut show at DC10 for Hot Creations’ ‘Paradise’ party, his DJ diary has been filling up at incredible speed. As dates line up across multiple cont inent s in 2013, it ’s looking ever more likely t hat next year will see wAFF truly make his mark within the global electronic music community.With his second Hot Creations EP nearing release and a vast number of exceptional tracks waiting in the wings for the future, wAFF’s excitement, dedication and work ethic are now beyond scale. Much loved and admired by his friends, it can be vouched that wAFF will not only bring his talent and sweat-inducing musical collection to the world but also his warmth, his spirit and his bare bones love of the scene he has committed himself to for so many years.