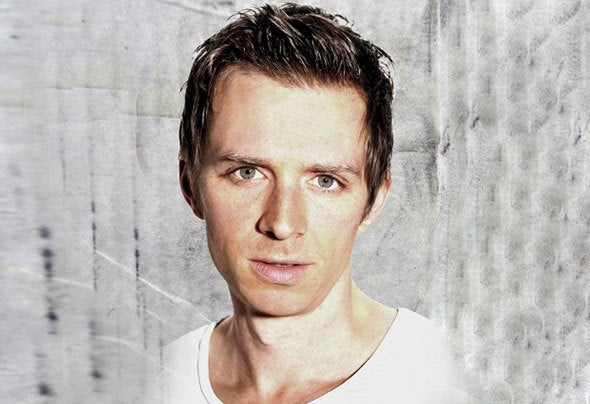 KLAAS (SCREAM AND SHOUT REC.) Klaas' fascination of putting on electronic sounds was aroused within the Cologne club scene in the late 90ies: He debuted with several releases and approached ambitiously the art of mixing sounds. Soon after, the open-minded Cologne based DJ moved forward to the energetic electro-sound producing his first electro-vinyl Slip & Slide with Micha Moor for the Cologne label Scream and Shout Recordings, which paved directly the way onto the playlists of reputable DJ celebrities. From then on, there was no way to stop him making a go of his passion. The releases Get Twisted and Confession were placed in the Top 5 of the German Dance Charts. Following remixes for several DJs like Dr. Kucho & Gregor Salto, John Morley, Chrissi D! and Jens Lissat, Klaas prepared the UK Chart-Act The Freelance Hellraiser and, together with another Sony BMG UK-Act, the remix Klaas vs. I'm Finn - I Love You at the end of 2006. His distinctively energetic style of sound is also convincing for his Swiss followings. Accordingly, no less than DJ Antoine ordered a Klaas remix DJ Antoine - This Time, which is included within a Egoiste release. Following the worldwide resonance, remix inquiries of pop music celebrities won't be long in coming. Only a few weeks ago, Klaas mixed the single version of "No Angels - Goodbye To Yesterday" by transforming the popstars-like sound to an electronical house-mix - excellently suitable for clubs. However the Cologne whiz kid is unstoppable: Despite several remixes amongst others for Eddie Thoneick, Aston Martinez, Michael Mind and Global Deejays he focuses constantly on his own productions: So, the new release Micha Moor - Music is Dope produced by Klaas & Micha Moor came in april. Also for his Scream & Shout co-worker Micha Moor he worked out even a dual-remake of the forthcoming release "Micha Moor - Space" and delivered two as usal massive but independed mixes. The "Klaas Club Mix" became a worldwide success and topped both the Beatport and German Dance Charts at number 1 slot for weeks. Finally in November of 2007 Klaas' higly anticipated third solo-single "The Way" is released, by which Klaas is setting new standards. With his three solid clubmixes he shows his wide range variety in the electrohouse genre. At once in the first week "The Way" was placed at number 2 slot of the German Dance Charts. Just back from his almost three-week dj-tour through Australia and Newzealand we are awaiting his new reworks of well known classics like "Guru Josh - Infinity", "Horny United - Crazy Paris" or "Junior Caldera - Sleeping Satelite".