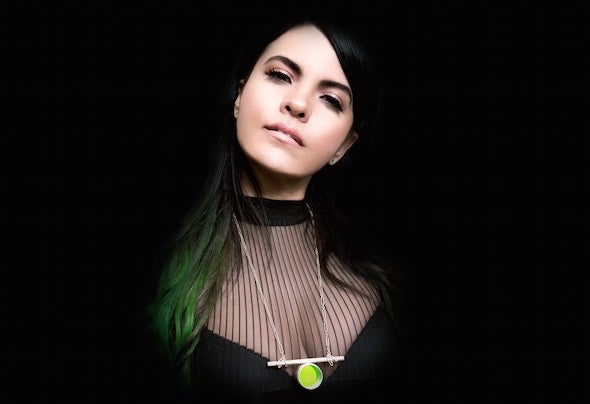 Multi-Platinum recording artist, VASSY knows how to individualize herself with her effortless dexterity as a singer, songwriter and producer. Originating from Australia with Greek heritage, VASSY’s vocal roots lie in an array of different genres. Her music speaks for itself as her progressive popularity in dance music is massive, with a laundry list of achievements and accolades under her belt. Conquering the DJ world with her authentic sound and catchy lyrics has lead to a No. 1 smash hit with David Guetta & Showtek on their track “BAD” in twenty countries, achieving twelve-times platinum and two gold certifications, with over a billion streams. “BAD” earned VASSY her first IDMA Award for Best Featured Vocalist Performance and positioned her as one of EDM’s most predominant female vocalists. Her 2015 collaboration with Tiësto & Kshmr on their track “Secrets” racked up to No.1 on Beatport within 24 hours, becoming label Spinnin's second best-selling single of all time. “Secrets” wound up getting certified five-times platinum and two-times gold, hit No. 1 in twenty-four countries, topped the Billboard Club Charts, and scored VASSY’s second IDMA Award for Best Electro Progressive/House track.The following year, VASSY made a powerful comeback with her standalone high-energy single “Nothing To Lose,” co-produced with Tiësto and released on his label, Musical Freedom. Filled with uplifting original lyrics and momentous energy, the record inevitably topped the Billboard Dance Club Charts — a third time solo career achievement for VASSY — hit No.1 on U.S. Dance Radio and vaulted into the Top 10 of the Billboard Dance/Mix Show Radio charts within the first three months of its release. During 2016, VASSY performed in front of enormous crowds at Ultra Miami, Tomorrowland Belgium, Electric Zoo NY, and in early 2017, at the WDM Radio Awards in Mexico City, where she won the award for Best Electronic Vocalist.In July 2017, VASSY returned to Tomorrowland for a special appearance with Afrojack and Oliver Rosa in support of their most anticipated club-house love-infectious single, “LOST,” released mid-October through Dutch label, Armada. In its first week, the single promptly broke into the Top 5 on Beatport, as well as the Top 5 on the iTunes and Spotify charts in the Netherlands. VASSY’s also appearing in Tiësto's latest album Clublife Vol. 5 – China on their emotive track “Faster Than A Bullet,” upholding the "Secrets" power-duo's reputation.In addition to her success in dance music, VASSY’s songs have been featured in commercials for Target, Nickelodeon, Sketchers, Victoria’s Secret, and Pepsi, as well as in the television shows Ugly Betty and Grey’s Anatomy. The versatile artist has also ventured into indie-pop on her No. 1 Billboard Club song “We Are Young,” which was also the official trailer song for Disney’s Oscar-winning movie Frozen and Tina Fey’s film Admission. VASSY has always prioritized her philanthropic work with charity groups and civil rights organizations. She has dedicated three years in teaching music at AVIVA — a teenage safe house orphanage in Los Angeles — and ran music workshops in detention centers in Australia. She is an active equal-rights ambassador for the NOH8 campaign, a spokesperson for environmental organization Green IT, works with Studio Samuel Foundation to help girls in Ethiopia, volunteers at Skid Row Housing Trust, and supports youth through Playground of Dreams. Be it through her music and volunteerism giving back to the communities, VASSY’s goal is to inspire people to fight for their dreams. Whether she’s singing, writing, or producing music, VASSY has an immensely credible portfolio to admire.