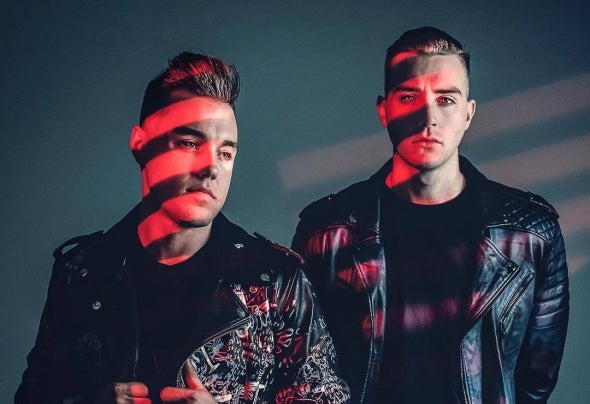 There is no denying that party’s and music go hand in hand and the top priority for Queensland’s Bonka is just this- oh, with a few added bottles of Fireball to ignite the situation! The duo made up of Lachlan and Connor is two flamingly excited DJ/producers who have been known to tear down walls in clubs upon the delivery of their slick main room and mashup wars on the frequent. Notably one of Australia’s most sought-after lords of mash-up, Bonka has it nailed with paragons like The Chainsmokers, Timmy Trumpet, Deorro, Tujamo, Tommy Trash, TJR and more sprinkling their sets with a well infused Bonka lead while also owning their explosive live shows across the country.Signed to Catch Management and the aligned record label, Bonka haven’t taken the stale ol’ road through electronic music, but have instead aggressively taken their sound with notorious mash-ups right to where they need to be- on dance floors and in the playlists of fellow electronic icons. Their debut original ‘Can’t Stop’ featuring American top liner Whiskey Pete partied its way straight into the iTunes top 10 and #9 on the ARIA club chart while their follow up ‘Like This’ reached an epic #5 on the ARIA Club Chart and stormed its way to #6 on the Beatport Big Room Charts. Blazing the full musical empire for their fans, Bonka also blast out a monthly show ‘Let’s Go Bonkas’ featuring their own recipes alongside guest spots by A list DJ’s from around the globe.On the road with a fully loaded tour schedule, the aficionados set fire to venues across the globe, hitting risers with the likes of Flume, What So Not and Major lazer and quite frankly very rarely see their own beds! From stages Australia wide to clubs and festivals across the deep it’s safe to say the Bonka party travels on no sleep, but the drinks best be on ice and the party at the ready.