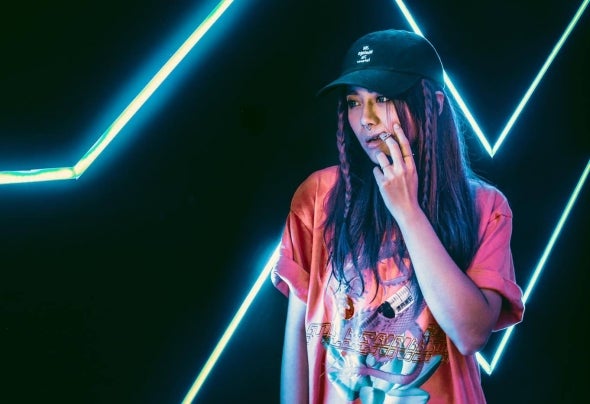 RayRay is Taiwan’s nest (and loudest) musical export and is dropping pins across the global electronic music map. The bass music extraordinaire is always close to the most enviable sonic spots and playing gigs at premier festivals like Glastonbury, ADE, Tomorrowland and Sonar. RayRay took to the sonic realm from very early on, where a true love story with sculpting beats unfurled when she was just 17. Initially on the hip-hop tip, she organically gravitated to the electronic music cartel, making her a diverse addition to the ever-evolving music industry. Today RayRay is an artist always in flux and is anything but generic—she has fueled a fierce open format style that is an intricately textured amalgamation of hip hop, EDM, Miami bass, tech house, trap and drumstep. What really turned up the volume however was a justified win at the Red Bull Thre3style competition and a couple of studio sessions with artists like Skrillex, Yellow Claw, and Atmozfears, and then the next chapter in her musical story was ablaze. Her reputation for injecting a savage signature sound into all her releases soon floated past the ears of Yellow Claw who quickly signed her to Barong Family where she released two EPs: 'Purple Alien' and 'Alien Invasion'. RayRay’s new home on the Dutch imprint has got her name on feverish demand and today she’s touring her propulsive sound all over the globe, creating seismic experiences for her newfound fans. Later this year, you can look forward to music from RayRay on Spinnin’ Records and Protocol Recordings, with releases on Tiësto’s label Musical Freedom to follow. For anyone looking at Asia, RayRay has literally become the one to watch.