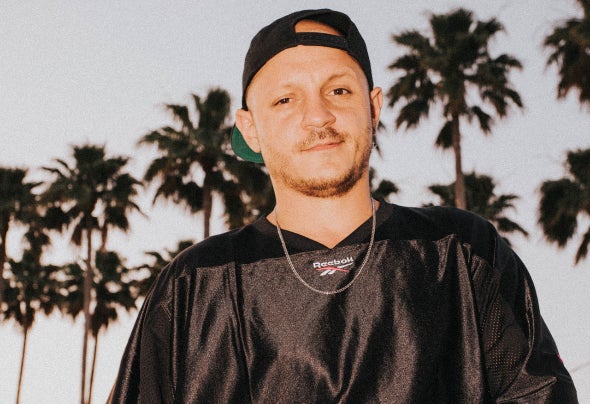 Reelow, an emerging name which is getting more and more familiar within the Hungarian underground house scene. Renato Karolyi a.k.a. Reelow, started DJing quite early, at the age of 14, when he bough his first vinyls. A resident of west Hungary, Reelow played in several clubs in the area, establishing his name as an up and coming house DJ with a groovy sound that left the dance floor no choice but to dance.T he big breakthrough in Reelow's career came, when he finished second in one of the most famous Hungarian radio channel's, Justmusic.fm's DJ championship. Regarded as the most prestigious competition among veteran DJ's, Justmusic.fm's championship gave instant boost to Reelow's career, making him a household name in Budapest's biggest clubsAs he is always developing himself and exploring new musical territories, Renato got into music production and immediately found his style of groovy, catchy, yet still underground Tech-House. Reelow's tracks are becoming more and more successful, with his dance floor filler "American Naughtly" being released on Soulman Music. His first complete EP "Twisted" (released on Expectancy Records) got the positive feedback from the likes of Maceo Plex, Marco Carola etc. His tracks are being played by fellow Hungarian DJs on a regular basis.The real breakthrough came with Reelow's newest releases, "Nice" (out on Hustler Muzik) and "Foolhouse" (Sanity Rec). Nice has been played by none other than Marco Carola in front of 4000 people at Chromie. "Foolhouse", which according to Renato himself, uses samples from toys and tools on his studio desk, has quickly established itself as his best selling track on Beatport. Among Reelow's avid supporters is DJ Sneak, who has put "Dirty Lips" (Expectancy Rec.) on top of his December RA chart and has been playing it ever since. Aside from his own productions, Reelow has been busy remixing as well, with his remix of Gianluca Caldarelli's Soho Music (Sanity Rec.) being played by Marco Carola in Madrid.In 2011, he started his own Radio Show on Justmusic.fm, called Reecords, which airs every Friday at 8pm. Within the scope of the show, Reelow presents his musical ideas and preferences, along with likeminded DJs, who share the same passion for underground 4/4 based music. So far, the show is an instant success and is considered as one of the best shows on the radio.Keep tabs on Reelow, as he has just begun his musical quest to bring us some serious house business.