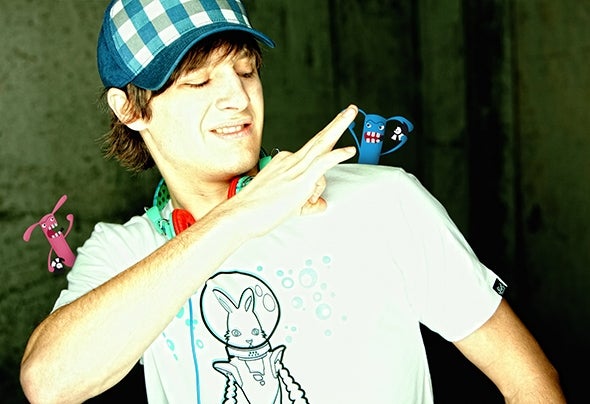 Groovejuice is one half of Germany’s successful Electro duo „Laserkraft 3D“, who had a massive Chart hit in Germany, Austria, Switzerland and the Netherlands with „Nein, Mann!“, which also reached Gold Status in Germany. Driven by youthful madness and extreme ambition, Groovejuice is responsible for people screaming and going crazy during his DJ sets. Groovejuice is known for his musical delicacies from the international house kitchen, always serving fattest tunes and beats from Mars. His debut single „Café Prague“ is not only a ever selling instant classic of „Electro Swing“, but also a Youtube Sensation with way over one million views, and the daily medium is still 2000 views! In 2014 his Hit records will be re-released with brand new remixes - so watch out!