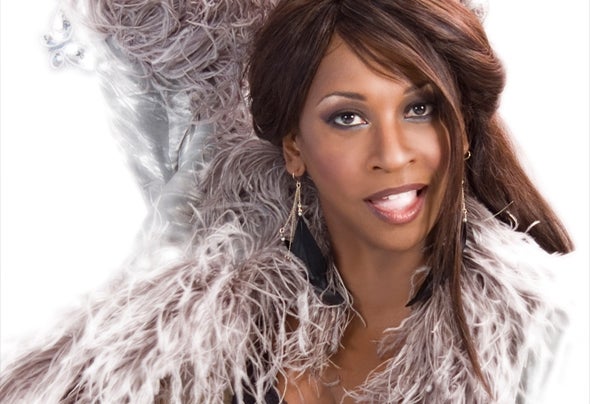 KIMBERLY ANN COVINGTON (KIM COVINGTON) American international singer, she is the daughter of a Gospel Singer and a Baptist Parson. In her family we could find African and American Indian descendants: her grand-mother Sally was half American Indian(Black feet tribe). At the age of 5, she begins to sing in the choir and, at the age of 12, she manages to become the lead singer. She graduates at the Conservatory of Trenton (one of her teachers is the pianist Kenny Barron) and, after her first Jazz experiences in Philadelphia, she starts her career of soloist singer by performing on tour in USA, Caribbean, Asia, Hawaii. She sang with such R&B interpreters as Gloria Gaynor(who is her godmother) Chaka Khan, Billy Paul, B.B. King. She performs In Europe and in particular in France, UK, Italy. She took part in Starmania Musical and in several editions of the French program “Femme en Or”on air on France 2. Kim received a prize from the Minister Of Culture, at Eliseo, because of her artistic care. She published several singles and albums in France (Sony France e Flarensch) and in Holland. Her first funk-soul hit is “ALL OF MY LOVE”, which became the rarest and refined of its genre and has been inserted in 4 international compilations, in 2007 for PTG Holland “Masterpiece Vol.n 4” and 2008 BMG Records. Kim wrote and interpreted the soundtrack of Mediaset short film “Miracolo a Milano” translated in several languages and presented in the most important international competitions. The recent dance album “ ROCK WITH YOU”has been in single charts in Italy, UK and Spain and has been inserted in “Campioni del Mondo” compilation. During last summer she published the single “PEACE,LOVE & HARMONY,and the videoclip has been present for a long time on air on SKY Tv. Kim has been chosen as lead voice of the gospel choir that has sung live worldwide broadcasted from the Milano Arena in the memory of the dead pope Karol Woityla. She sung with Micheal Bublè during his last tour in Italy. She is a testimonial for PAM-WFP(mondial alimentary program an ONU organism) which fights against starvation in the world, with Sean Connery, Maria Grazia Cucinotta and Kakà. The last live album of the Italian tournè “ Children Tour 2008”was released in order to make people aware of the problem of starvation, which afflicts in particular women and children. Now a day Kim is working with A&M Recording!