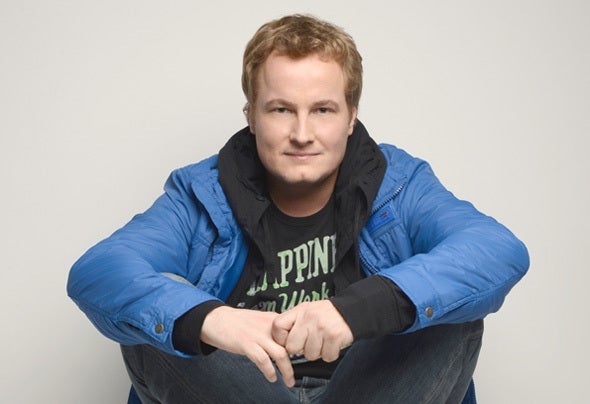 To be born a DJ is a privilege of few. As it is the path from mixing K7 tapes 20 years ago to keeping up with the trends of dance music today. Being a chameleon with strong references from classic house makes Pic Schmitz up for the job of always flooding dance floors with happiness and delight. Sexy house you can sing to: that’s his biggest specialty. No wonder his gigs are always crowded with the most beautiful women. Charisma is also something a DJhas to show – not by putting his hands up and being followed by a light at all times, but first of all, by transcending it to the dance floor in the most subtle ways and also the most important one: playing that right song at the right time. This pretty unique feeling, plus his unarguable presence and style has made Pic Schmitz a classic choice for events such as Winter Play (Brazil’s biggest weekend party), Café de la Musique, Posh Club, Hed Kandi Punta del Este and Miroir Club. Also, he is the favorite warm-up for DJs such as Kaskade, Erick Morillo and Grant Nelson – to name a few. Despite being a true passionate DJ and mix his songs wholeheartedly, Pic’s love for house music doesn’t stop on the decks: lately, his tracks “You Say Hello” and “Another Way” have been acknowledged by masters like Erick Morillo and Fedde Le Grand. The studio is also a place to be in touch with his fist crush: classic, sexy and soulful house music. From that crush, two love affairs emerged: “Smooth” and “For the Love of House” podcasts, where Pic can be free to explore music and share the energy to even more people around the world.