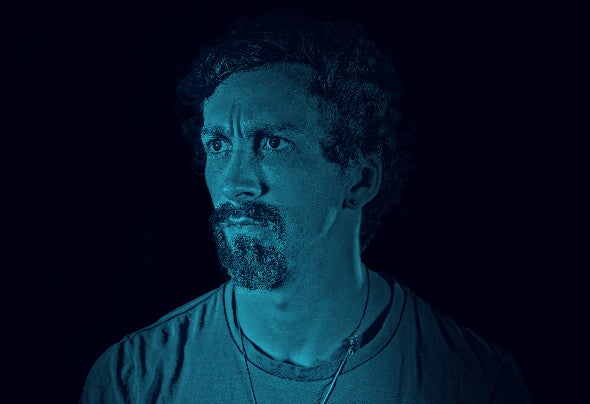 Hailing from London, Marksman is a progressive force in the melodic house and techno scene, rapidly gaining a reputation with his innovative productions and DJ sets. A pioneer in today’s music scene, Marksman’s unique sound comes from his diverse inspiration. His signature style combines genres to create a sound that’s profoundly dark, emotive, and powerful, a musical journey his audience doesn’t forget. His formative years saw him heavily influenced by his father’s love of classical music. Pursuing classical training as a pianist and a cellist, he states that classical music is the foundation of all modern style, and firmly believes that in order to understand the present and predict the future, you must first understand the past. Largely also influenced by metal music, Marksman is a master of both electric and Spanish flamenco style of guitar and an accomplished drummer, having played and written with bands for many years. Marksman was drawn to London and its thriving electronic music scene, eager to take his musical mission to electric new heights. Curious by nature with a wealth of experience in the musical world, Marksman is currently working on an exploration into ground-breaking new genres. By drawing on his own talented background, his future plans for production are to merge the live instrumental musician world with electronic music. Something disruptive is coming your way; watch this space!