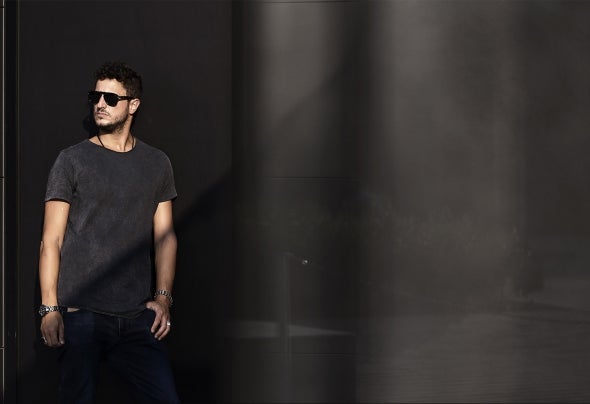 Bruno Carlo Oggioni, a.k.a Dr. Shiver, is a polyhedric and super talented artist working not only as a producer but also as a musician, songwriter, sound engineer and anchor man. He is also founder, C.E.O. and label manager of Art&Music Recording s.r.l., the biggest and most prestigious italian recording studios, operating as a record label and as a multiservice company working in the publishing/audio/video/web/educational and graphics field. Bruno was born in Milan on July 7, 1983 and he began to play the piano when he was only five years old. Even though during his early years he studied music with the orchestra director Daniele Agimann, Dr. Shiver is mostly a self- educated artist. He started his career playing Hammond organ, harp, keyboards, synthesizers and piano on some of the most important stages in Europe during events like the Festival Show (for the tour of his song "Tu Vida", on the stage with Alexia, Lucio Dalla, The Bloom and Angelo Branduardi on national live broadcast, with more than two million viewers and more than thirty thousand people attending the event); the Ascona Jazz Festival(Switzerland); the Noto Blues Festival (Sicily); the Lago Maggiore Jazz Festival and many more. He got the chance to work and cooperate with important international artists like: B.B. King; "Little" Louie Vega; Ray Bryant (the worldwide famous blues pianist); Marvin Floyd (official Ashanti and Christina Milian musical director).... Moreover, Dr. Shiver works and cooperate with the most prestigious Italian discos and clubs such as Villa Delle Rose, Peter Pan, Shaky Makaky, The Qube, Luminal, Old Fashion...His "multifunctionality" led him to be awarded by Steinberg and Waves, who chose him as their official beta tester and as their certified trainer.As a producer and song writer he has created more than two hundred songs including Moon Time (his first album printed in more than 10 thousand copies); Rayo De Luna (one of the most sold dance tracks in Europe in 2009 and distributed worldwide by Molto Records); Catch Me (signed and world wide distributed by Sony Music) and so on. Dr. Shiver is also the founder and the creative head of Doc M.C., an amazing production team signed by Art&Music Recording that boasts cooperations with international artists (such as John Christian, Candi Staton, Merk&Kremont and more), has been distributed worldwide by Sony Music, has been awarded at the Eurovision Song Contest and has remixed officially a lot of famous tracks including the legendary 1986 "You Got The Love" .