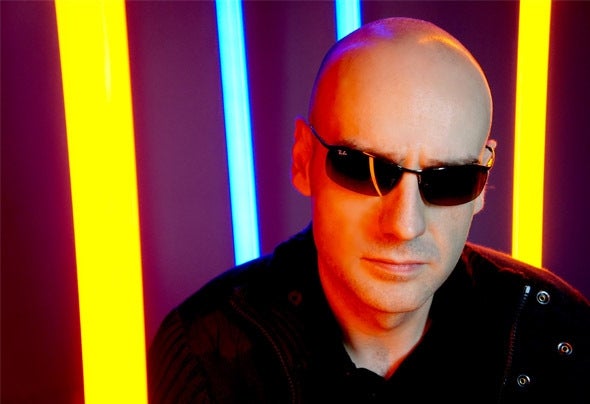 Lexvaz AKA Alex Brujas AKA is the side project of the electronic producer, musician and DJ , in addition to his flagship band Stereoskop, who will release their new album in Germany in September 2011 with Berlin based record label BLK.Alex Brujas is also the founder of STKM Studio, which conducts as a multimedia platform, from where the mixing and mastering of their own productions are made, as well as platform for many other artists.In 2004, he launched New Order Club, which, since its debut, was the coolest underground place in the capital Madrid, where he remained as a resident DJ for several years and where he reveals his innovative ways of how to keep the dance floor moving and each session new and progressing. Surfing over an advanced electronic and classic 80 'wave, resulted in a big success.Always looking for new challenges, Lexvaz is now exploring new musical areas from minimal to Tech House.His sessions are still not Orthodox and therefore very attractive, from deep to tech house, minimal and remixes of pop hits " Made in" Lexvaz ́ unique style.Stellar producers including Massive Kid, Mischa Daniels, Per Qx and Martin Eyerer have remixed LEXVAZ ́tracks, and contributed with their personal vision to this new project, expanding his audiences to other countries.He has held top positions in the charts, Music Week Upfront Club Chart and DMC UK chart, also in Switzerland and the Scandinavian countries have seen the buzz of Lexvaz ́works.His lastest EP through the British label Celestial Recordings "Promise EP", confirms him as a familiar figure of the London scene where he resides at the VIVA and MATADOR Parties.He recently managed to position several tracks in the Top Tech-House chart at the popular Beatport portal.Even managed to reach the TOP 100 General sales in Beatport. - Lexvaz - Promise [Celestial Recordings] # 20 Top Tech-House Beatport - Lexvaz - Dark River [Supermarket] # 25 Top Tech- House Beatport & # 100 General Top Beatport- Lexvaz & JJ Mullor - Life [Supermarket] # 20 Beatport Top Tech-House & # 92 General Top Beatport - Lexvaz - I Believe [Supermarket] #13 Beatport Techno Top- Lexvaz & JJ Mullor - Time [Supermarket] # 4 Beatport Top Tech-House & # 33 General Top Beatport