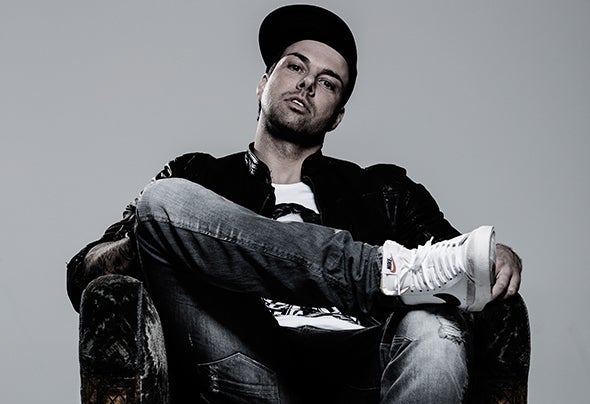 Tom Boye (Tom Boye Bye Rian) is an international DJ from Norway who has rocked the hottest clubs all over the world including premiere locations in The Netherlands, Greece, Spain, Italy, England, France, Germany, Russia, Kazakhstan, Thailand, Scotland, Ireland, Turkey,Austria, Sweden and Norway. He has performed at world famous locations and events like Ministry of Sound, Godskitchen, Global Underground, Toolroom Knights, Amsterdam Dance Event, Extrema Outdoor, Miss Moneypennys, Hed Kandi, Fierce Angels, MTV parties, and Amsterdam Fashion Week to name a few.Tom Boye has played alongside almost every major DJ. His colleagues and partners behind the board have been David Guetta, Hardwell, Tiesto, Nicky Romero, Afrojack, Carl Cox, Swedish House Mafia, Chuckie, Bingo Players, Quintino, Mark Knight, Dave Seaman, Pete Tong, and many more. In addition, Tom Boye produced a track with Nicky Romero and had a monthly residency in the world famous club of DJ Tiesto, Cineac in Amsterdam.Tom Boye’s diversity in style and skills behind the decks make him stand out from the rest. He is known for his charisma and ability to immediately take hold of the crowd and create a dance floor full of energy!For more than a decade Tom Boye worked as a professional DJ in Amsterdam, The Netherlands. He had numerous club residencies in some of the most respected venues like Escape Venue, Cineac, Supperclub, Sinners, The Mansion, The Zebra, The Powerzone, Club Rain, and Kingdom Venue. He also had his own popular club nights Nice2dance, Club Supreme and The Dizko at Escape Venue, starting in 2005.During the summer season, he was resident DJ for more than 5 years at Star Beach, NRG Club and Aria Club in Crete, Greece; one of Europe’s biggest party destinations. He also had several gigs in Ibiza during the summers in underground hotspots Like Es Paradis, Bora Bora, and Sankeys.The beginning//Tom Boye started DJíng at the young age of 12 when he bought his first turntables. He played at local youth clubs and school parties around his hometown.At 16 years of age, he got his real first residency in a club where he played every Friday and Saturday. After playing all over Norway for some years after, he decided to take his DJíng to the next level. In April 2002, he packed his record bag and bought a oneway ticket to the party Island of Crete in Greece. Tom Boye worked hard to promote himself: meeting many organizers, club owners, and making several guest appearances, even organizing small beach parties himself! He was invited to be one of the resident DJ's at the two most popular venues: NRG Club and Star Beach. During the summer he had the opportunity to spin with some of the biggest names in the business.September 2002, Tom Boye moved to Amsterdam in The Netherlands and was invited to play in the legendary iT Club at DJ Jean's Madhouse, which lead to bookings for other events at the iT Club including Friday Night's, Gold Diggers and opening for the Renaissance World Tour with Dave Seaman. Tom Boye became a popular and prolific DJ in T he Netherlands and was signed with Crunc Agency, leading to bookings all over Europe over the course of the following years.Nowadays //In 2013, Tom Boye moved back to Norway. He can now be seen at different venues all over the country. In addition to his gigs as a DJ, he is a busy man. Tom Boye is Founder and Creative Director of the international design agency Pixoyo. He also runs a Norwegian distribution company called North Peek enterprises which sells premium drinks on the Scandinavian market.