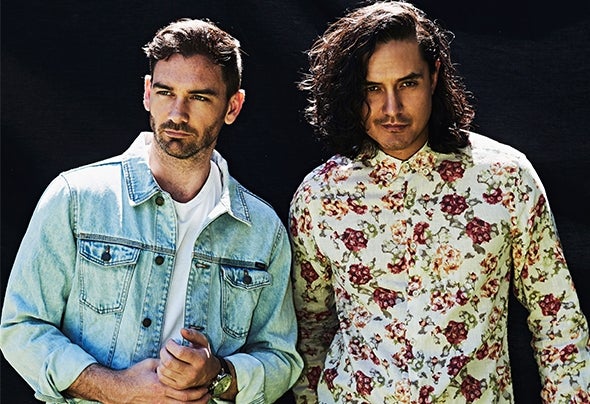 FEENIXPAWL BIO – 2018 With numerous world tours, more than 100 million streams, multiple awards including a Grammy nomination, Australian DJ/Producer duo Feenixpawl have cemented themselves as respected tastemakers across the electronic music culture. After a break out year in 2012 with the release of “In My Mind”, a Pete Tong championed Essential New Tune, the duo stormed onto the dance music scene and established their presence as two of Australia’s most prominent exports. Their timeless hit single, released on Axwell’s iconic Axtone Records shot straight to number 1 on Beatport, held the number 1 spot on the ARIA Club charts for a record 12 weeks and culminated in a Grammy nomination. Following the monumental success of the smash single, the duo have gone on to remix the likes of Rihanna, Kaskade, NERVO, Nicky Romero, Jess Glynne and many more. After launching their own label, Eclypse Records, their latest singles “Ghosts”, “Blue Sky” and “Quicksand” have had enormous success across US radio and around the world. With “Ghosts” spending 14 weeks on the Billboard Charts, and finishing at #12 on SiriusXM BPM’s Top Tracks of the Year. “Blue Sky” and “Quicksand” followed with the same radio play and charting success the duo has become accustomed to. So far in 2018, they’ve had breakout club hits in “Dancin” and “Fever”, as well as the dance radio mainstay, “Neon Sky”, which became the Number 1 most played track on dance radio as well as hitting the top spot on the SiriusXM BPM Top 20. With some huge collaborations on the way, the future is only looking brighter for the Aussie duo. www.facebook.com/feenixpawl www.twitter.com/feenixpawl www.soundcloud.com/feenixpawl www.youtube.com/feenixpawl www.feenixpawl.com