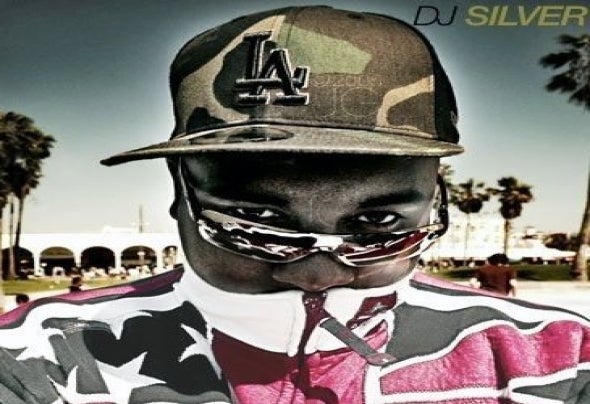 SILVER along with SONIC, has recorded music for some of the best labels in the music industry, such as - Metalheadz, Virus Recordings, Timeless, Bingo Records,Renegade Hardware, V Records, Infrared, Reinforced, Soul:r, React, T.O.V., Space Recordings, Bad Company, L Plates,Science Fiction, Industry, Chronic, Dsci4, plus many more.Silver and his long time partner SONIC have made classic tracks such as ON THE ANSON for METALHEADZ, UNDER THE SUN for SOUL:R, killer tracks on REINFORCED such as GRYO and their massive album THE STARS OUR DESTINATION on INFRARED plus the mighty ROCKET LAUNCHER on VIRUS RECORDINGS, the list never ends! SILVER has deejay'd the world over several times in places like Japan, Brazil, Puerto Rico, Venezeula, Mexico, Columbia, Chile Argentina, Costa Rica, Russia, Germany, Italy, South Africa, Portugal, France, Hungary, England, Iceland, Sweden, Australia, New Zeland, Canada, Holland, Switzerland, Estonia, Norway, Israel, China, U.S.A, Poland, Czek Republic to name a few!!SILVER was nominated for best Drum & Bass DJ & Best International act at The 2011 Drum & Bass Awards. SILVER is classed as being one of the top 20 drum & bass DJ'S in the world. Plus on top of all that SILVER is the CEO of the highly blessed NEMESIS RECORDINGS DIGITAL which has seen releases from the likes of SKREAM, JENNA G, A SIDES, CABBIE & ORIGIN, XAMPLE, GRIDLOK, DIGITAL and many more key players in the scene.SILVER is known for his special techniques and fast pace mixing skills on the turntables. SILVER plays across the board from heavy hitting dance floor tracks, to deep mellow rollers that gets the people dancing all night long! SILVER is also a member of the NORTH BASE crew that has seen them smash the club scene over the past year or so, playing around the world from Barbados to Londondo and doing remix work for the likes of MS DYNAMIT E, LABRINT H, LAIDBACK LUKE & SANDER VON DOORN, SL2, T C & JAKES, VIRUS SYNDICAT E, DEGREES OF MOT ION, NO LAY, and many more key names in the music world at 140! be sure to check out!