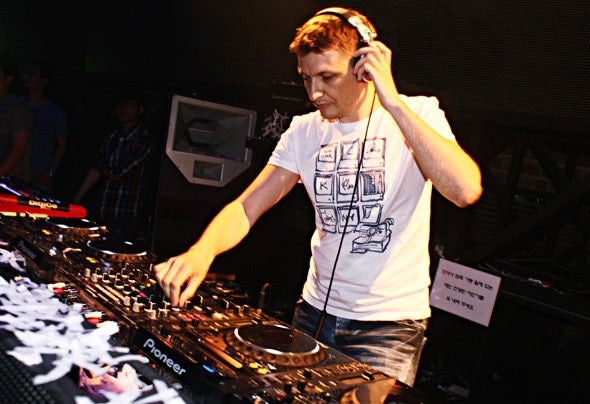 Yuri Kane is a Russian-based DJ and trance producer from the city of Krasnoyarsk, Siberia, who in autumn 2009 blew up the trance scene with his impeccable production 'Right Back' supported by legendary DJs including Pete Tong on 'BBC Radio One.' In Russia, the track hit the largest Russian dance music radio station, Record, with over 20 weeks in the Record Super Chart! Having been inspired by the feedback, Yuri Kane made another track – 'Daylight' – together with a Canadian vocalist Melissa Loretta. The new production consolidated the prior achievements and became #1 in the US iTunes store. 'Daylight' was supported by famous Judge Jules in his radio show 'Live on Radio 1,' by Tiesto in his show 'Club Life,' and, of course, by Armin van Buuren in 'A State of Trance' where 'Daylight' became Future Favorite. Following such successful productions, Yuri Kane got many requests to make remixes for such labels like Flashover, Premier, Blackhole, Infrasonic, Unyearthed, and for such producers as Matt Darey, Pulstate & Juventa, Cosmic Gate, The Blizzard, and many others. Thus, the remix of 'Somnia' by Pulstate & Juventa was included into one of the best-selling compilations in the world – Ministry of Sound's 'Trance Nation' mixed by Andy Moor himself. The remix of 'Say' by Adam Tas was supported in radio shows by the likes of Above & Beyond, Tiesto, DJ Shah, Pedro Del Mar, Myon & Shane 54, and many other respectable DJs. In addition to all of this, 'Right Back' was voted the best track of 2010 in the radio show by Armin van Buuren and got the corresponding award 'A State of Trance Tune of the Year 2010' by distancing all the rest 1013 tracks of the chase! There is no precedent for this in the history of the Russian trance scene! "Frankly, I didn't even imagine that so many people would support my productions and share the feelings with me," says Yuri in his recent interview. "Of course, I do appreciate the support of those who voted for me in Top 100 and ASOT during all this time. I am very thankful to the people who have been interested in my music." Today Yuri Kane continues working on remixes and original singles with such vocalists like Tiff Lacey, Ridgewalkers, Marcie Joy, Kate Walsh, Melissa Loretta, Sopheary. Realizing that he must work at least as hard as earlier to get even more success in 2011, Yuri Kane is directing energies toward attracting new listeners, working with new ideas, and further promoting the trance music in the world Electronic Dance Music scene.