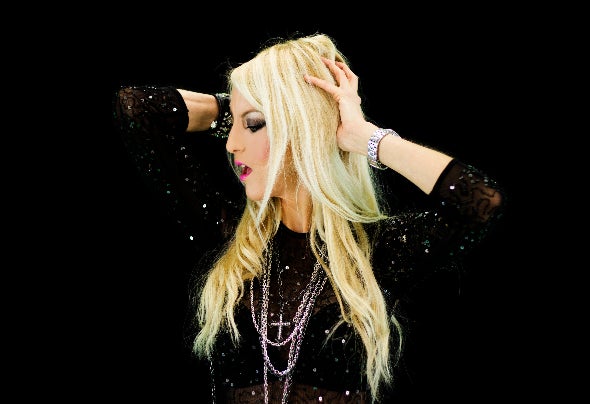 Belgian Singer-Songwriter DEE DEE, is making a mark in the music industry since early 00’s with her distinguished voice and catchy vocals. Eurodance, Vocal trance, Hardstyle, Hands-up, EDM...her talent has no restrictions or barriers. Her smash hit "FOREVER" conquered the world with a bang. Hitting charts all over the world. #1 in the German and UK dance charts, Official UK top10, Golden status in Hungary, Nominated “Best Dance” single at the WMC awards in Miami. Making it one of the biggest club songs of the nillies, being played and supported by the biggest Dj’s. “Forever” is an absolute Clubland Classic ! The follow up single “THE ONE” received major airplay all over the globe and reached #1 in numerous dance charts worldwide, Belgian top20 and got nominated for the famous Belgian national radio “Donna Awards”. The international success took Dee Dee from the radio to the clubs and festivals with a big USA-UK tour and shows all over the world such as Israel, Spain, Denmark, Germany ..she’s still as loved and popular by the audience when Performing her hits in these countries . Other memorable collaborations were forged with 2 Vibez, Marsal Ventura , Mike Nero, Pinch & Dash, Silver Nikan, Van Dutch, Roni Meller, Dan Winter to name a few....and together with the Belgian 00’s band Sonic Solution she Did an amazing hardstyle cover version of “HEAVEN IS A PLACE ON EARTH” . She went back to her vocal trance roots in 2017 with the release of the self written song “IN MY HEART” with Danish Trance Guru "Dreamy" , hitting top 20 in the beatport charts. Followed by collaborations with trance producers Maratone, Amos & Riot Night’s, “EDGE OF LOVE “ and their latest “NEVER LOOK BACK” .. Dee Dee finds it amazing to work with so many talented producers around the world doing so many different genres of dance music ! She absolutely loves it and they love working with her too. Great collabs are in the pipeline .. also celebrating 20 years “FOREVER “ soon ..