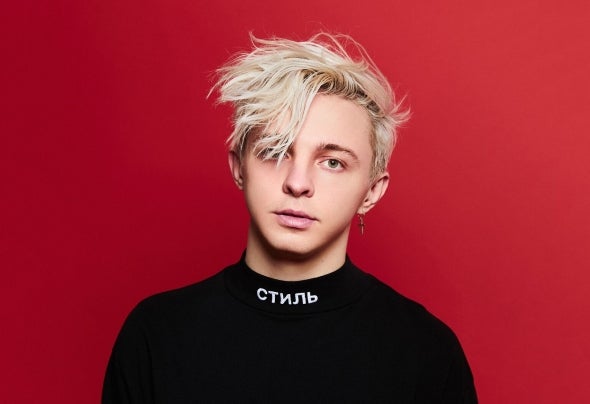 ARTY continues to shock the dance world with a record-breaking 2018, and his first single of 2019 “Save Me Tonight” going to #1 on US dance radio. In 2018, famed DJ/Producer and EDM heavyweight Artem ‘Arty’ Stoliarov a.k.a. ARTY started with his single “Sunrise” going to #2 on US dance radio, and then closing the year with “Velvet” released on Ninjawerks — the first ever EDM and gaming collaboration soundtrack. In 2018 alone ARTY released 20 new songs between his two projects: ARTY, and progressive trance-focused, ALPHA 9, including incredibly successful remixes for Skrillex, Above and Beyond, Axwell /\ Ingrosso, and Armin Van Buuren — making him #1 in 2018 for most releases by any EDM artist. 2019 has been even more exciting with “Save Me Tonight” going to #1 on US Dance Radio in under nine weeks, with a highly-acclaimed music video released at the same time, directed by Noah Centineo and starring Golden Globe Nominated actress, Lily Collins. ARTY has built an international following mixing his trademark big-room anthems with downtempo electronica year over year. With nods to classic trance, Arty continues to produce under the moniker ALPHA 9, and is currently wrapping up a United States tour with special performances internationally. With an XS Encore Las Vegas residency under his belt, and a pedigree of performances at Ultra, Electric Daisy Carnival, Tomorrowland, Ushuaïa, Amnesia Ibiza, and Creamfields, Arty has established himself as one of the music industry's most consistent artists, a prodigious talent, and has become a go-to for others artists, crafting immensely popular remixes for Skrillex, Axwell /\ Ingrosso, Armin Van Buuren, Halsey, OneRepublic, London Grammar, Above & Beyond, Porter Robinson, and Years & Years. As a leading influence in the music scene and top 25 DJ, ARTY has several new works of original music and collaborations set for release later this year. Recently he toured in Asia, and played sold out shows in Ibiza with Martin Garrix and Armin van Buuren, and also toured Japan, Russia, and played major festivals including EDC, Tomorrowland, and Dreamstate.