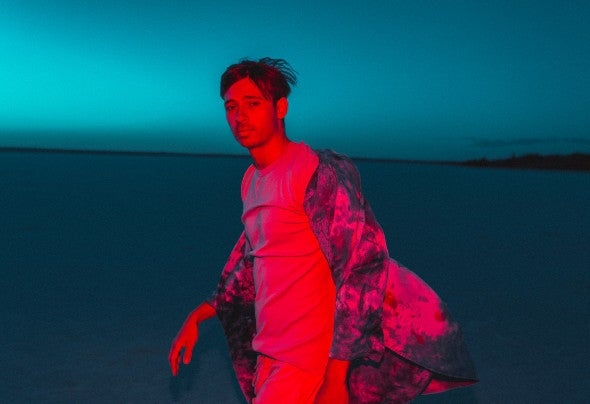 Flume is a 20 year old beatmaker from Sydney. He got his first taste for producing at age 13 from the most unlikely of places - a music production program he found in a cereal box. Taking a no-holds-barred attitude to music creation Flume takes inspiration from a wide variety of sources and scenes distilling his sound into a melodic bass heavy style of his own. International press has come from tastemaking sources including XLR8R (USA - 8.6/10 review), Lodown Magazine (UK - 8/10 review) & Electronic Beats (Germany). In Australia, Flume has received strong support from leading youth broadcaster Triple J (morning Host Zan Rowe naming ‘Sleepless’ as her “Cat ch of The Day") and communit y radio nat ionally, with high rotation on RRR, PBS, RTR, FBi and 2ser.Flume is getting significant buzz online with ‘Sleepless’ amassing 700,000+ plays on YouTube, and 120,000+ on Soundcloud and his facebook page has 32,000+ fans in less than a year of being online. Sleepless was soft released in August 2011 and has been #1 on the iTunes Australia Electronic Chart for several weeks and in the top 10 for several months. Flume has also featured on a vinyl co-release with Anna Lunoe and has released remixes for Hermitude, Junior Boys, Onra, The Aston Shuffle and Ta-ku.Flume’s live shows have now come into full effect after 2 sold out national headline tours of 300-500 capacity rooms, Sydney and Melbourne supports for the xx and Totally Enormous Extinct Dinosaurs (forthcoming) and festival bookings for Splendour in the Grass, a sold-out show at Vivid LIVE at the Sydney Opera House where he headlined alongside Jacques Renault & Isolee, and has been confirmed for the full national run for Parklife, as well as Harbourlife, Foreshore and several more New Years period festivals in Australia and New Zealand. He’s also been the main support for shows by Hermitude, Oscar + Martin, Chet Faker and New Navy.Internationally Flume has been confirmed to perform at CMJ in New York in October 2012 and been signed for UK and European booking by Elastic Artists (Flying Lotus, Major Lazer) with plans for both a European and Nort h American t our in 2013.Flume’s debut self-titled album will be out on 12 November 2012 released worldwide by Future Classic (Flight Facilities, New Navy). It will be preceded by a vinyl/digital release of Sleepless on 24 September with remixes by Shlohmo (USA) and Midland (UK) and a video clip. In addition to lead single Sleepless featuring Jezzabell Doran the album features guest vocal cont ribut ions by Chet Faker, Moon Holiday, George Maple (aka Jess from Flight Facilities’ Foreign Language single) and Porto Rican LA based MC T.Shirt.