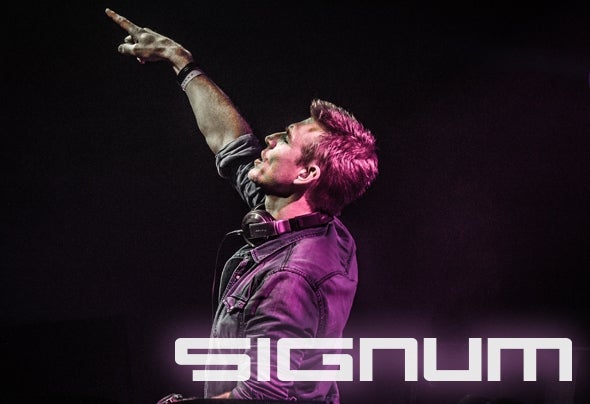 Signum, the storyThe sound of the legendary Signum (Ron Hagen & Pascal M) has been resounding in the dance scene for nearly one and a half decades. With a discography that most would only dream of, a collection of ultimate trance classics, and creating one anthem after another, Signum is a name born in the golden years that has stamped its authority on trance ever since.Signum changed things up in 2007 when Pascal moved to Norway and Ron became the main Signum artist. As the digital era took hold and developed into the modern day scene, the Signum sound also evolved into a more diverse and experimental hybrid, without ever losing the true trance sound that they started with in 1997. ‘What Ya Got 4 Me’, ‘Coming On Strong’, ‘Push Through’, ‘First Strike’, ‘The Timelord’, ‘Distant Signature’, the more recent ‘Addicted’, ‘Riddles In The Sand’, Roger Shah collabs ‘Healesville Sanctuary’ and ‘Ancient World’, remixes for Armin van Buuren, Tiësto, ATB, Oceanlab and many others. All tracks and remixes ride that typical, unrivalled Signum sound that is adored the world over by back in the day and new fans!Praised for his euphoric DJ sets, Ron performed at A State of Trance 400, 450, 500 and the game changing ASOT 750, as part of a line-up voted for by the millions of listeners of Armin van Buuren’s radioshow. For the 7th year in a row, Signum continues his own radioshow ‘Xposed’ on afterhours.fm which has a large and loyal worldwide fanbase each month. ‘Xposed’ isnt just a radioshow as you will find out in the not too distant future as it branches out into Signum’s very own branded music concepts.Right now Ron is banging out one big tune after another. With tunes like Blockbuster, Knock Knock, Euphoric hope, Lost World (with Marco V) and now Keep On Moving Up (With James Dymond), Ron is keeping the trance fire blazing in his own unique way!