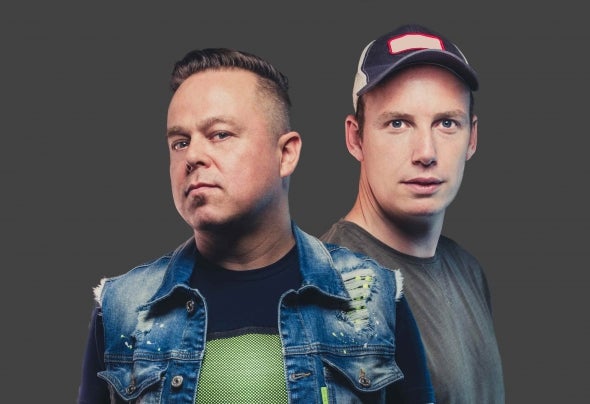 Björn van den Biggelaar and Daniel Ortgiess a.k.a We Are Loud have carefully mastered their craft to become one of the most sought after properties in dance music. Having secured releases on imprints such as Dimitri Vegas & Like Mike’s Smash The House, Spinnin’ Records, Oxygen, Musical Madness & Armada Music, their love and passion for all things music has paved their way to dance music recognition.Consistently evolving and nurturing their sound, We Are Loud’s valuable time spent in the studio has continued to drive their career forward, with their smash hit collaboration with Showtek and Sonny Wilson titled ‘Booyah’, achieving #1 on Beatport, whilst catapulting them up the dance music ladder with over 100 million YouTube views, alongside a double awarded platinum.The success of ‘Booyah’ has brought the pair recognition from the elite, with Top 100 DJ Mag artists providing their support including David Guetta, Afrojack, Nicky Romero, Calvin Harris, Dimitri Vegas & Like Mike and many more. In addition to their support from dance music heavyweights, the pair found themselves in the line for a nomination at the World Music Awards for ‘World’s Best Song’, as well as scoring #1 charts all over the world.With their new track ‘Drowning’ ft. Justin Prime making waves on legendary imprint Armada Music, and already causing a storm on Spotify, as well as their upcoming release ‘Stay High’ on the Spinnin Records, We Are Loud are set to continue their rise.