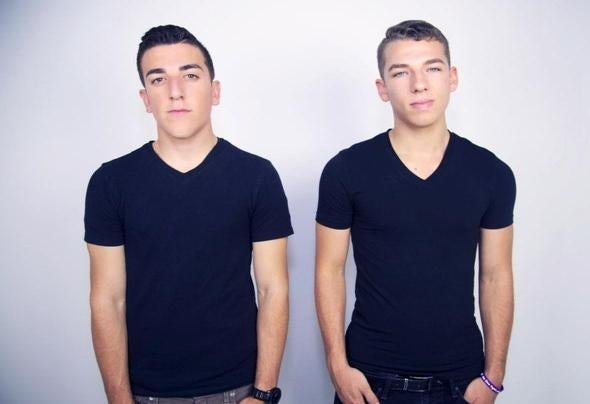 18 year old East Coast superstars Anthony Riggi and James Piros, AKA Riggi & Piros, have been making New Jersey proud while simultaneously taking the Big Room scene by storm with their larger than life sounds and massive remixes. Not wasting any time getting their careers started, the duo started DJing at just 16, and got into production at 17. After only a year of production they had their first Beatport/iTunes release with Clockwork’s “Surge” (Riggi & Piros remix) that charted in the Beatport Top 20, an accomplishment that takes others years to achieve. If anyone had doubts as to whether these two up-and-comers could achieve success in this industry, they were quickly put to bed in 2013. In that year the duo saw huge releases on Buygore Records including their breakout original mix “Taboo”, as well as their remix of Borgore, Waka Flocka Flame, & Paige’s hit “Wild Out” which garnered a spot on the remix EP released by Dim Mak Records. With well-earned support from superstar acts like Hardwell, Tiesto, Nicky Romero, W&W, David Guetta, Borgore, Nervo, Porter Robinson, R3hab, Martin Garrix, and more, Riggi & Piros are definitely a duo that everyone is going to be talking about in 2014. Keep an eye and ear out for these two East Coast champions, because they’ll be making a lot of noise in the near future.