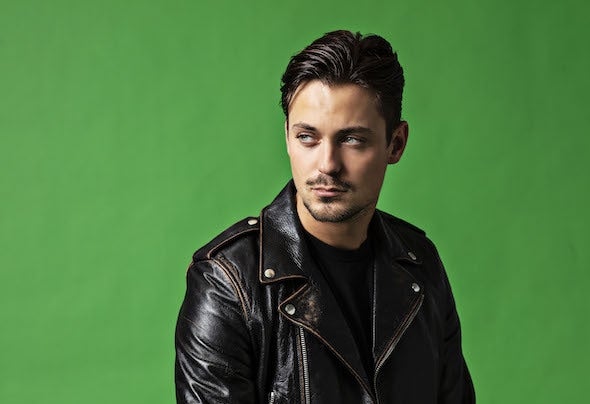 From one-to-watch to leader of the pack, Julian Jordan’s rapid ascent through the dance music world has been something to behold. It’s no surprise given the fresh quality of his productions, which always surprise and delight in equal measures. Not beholden to tired formulas or following the latest trend, he instead paves his own way with innovative rhythms, atypical riffs and endlessly inventive production. Having made his name with a slew of anthems on scene-leading labels like Spinnin’ Records, DOORN records and revealed recordings, he is now part of the STMPD RCRDS family and officially signed to Martin Garrix’s label. He has shown great diversity with his rst few releases on the label, covering peak-time anthems and electronic pop. Signed to STMPD, he released the chart- topping track ‘Glitch’, in collaboration with Martin Garrix. He made 2019 next level and shook up the world with his hard-hitting releases. His latest tracks ‘Oldskool’, ‘Bassline’ and ‘Next Level’ are a perfect depiction of how Julian mastered the craft of producing cutting-edged bangers that will most certainly convulse worldwide year after year. With a nomination for Best Dutch Act at the MTV EMAs and joining the likes of Garrix and Calvin Harris in holding a monthly residency at Las Vegas’ prestigious Omnia, he's certainly earned his status as a sought-after DJ. Julian's commitment to energetic and cutting-edge shows has made him a regular at world-leading festivals like Tomorrowland, Creamelds and Ultra Miami, but also sent him on a crazy summer tour playing stages at Sziget, Mysteryland Lollapalooza and many more. While performing a total of 11 shows during Amsterdam Dance Event 2019, he once again hosted his very own Julian Jordan night.