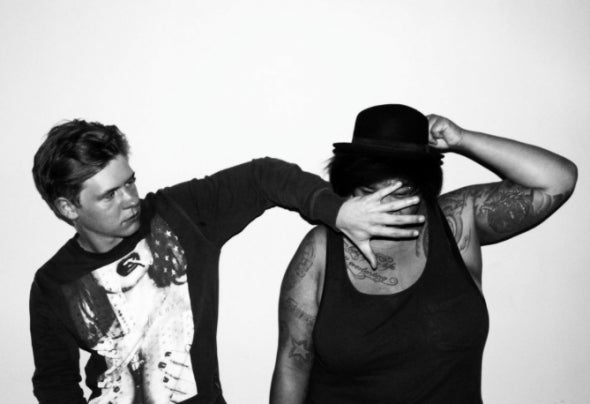 Mel&Clem are the creators of MÖWE. This charismatic Viennese duo could not have expected that something which sprouted from boredom on January 10th 2013 would lead to far more.But let ́s start at the beginning:Mel is a tattooed and cheeky rebel, was a member of many Indie-Rock bands previously, including Mary lost her Pathos. Clemens, a charming, young heartbreaker was also involved with bands previously, including Mary Lost Her Pathos as the group’s bass player.January 10th , 2013 was a bitter, wintry cold day in Vienna, leaving Mel&Clem at home cursing the cold. They started making music, which is not unusual for these two. However, without the band, the style was different. Their first song was created: Blauer Tag. Initiated by revolt against winter, MOWE was born!A War declaration on the winter and MÖWE the battle cry! Their first song was a huge success on Soundcloud and Youtube and so their name spreaded really fast.Since then, MÖWE has had worthy causes for celebration, beyond its first anniversary; The duo has produced one successful hit after another along with several remixes. Not only are the songs catchy but they have a way of touching their listeners, by getting underneath their skin with their lyrics and vocals.Most songs can be downloaded on Soundcloud for free, because their followers/fans are important to them.MÖWE is characterized by their powerful performance. However, the duo also relishes the opportunity to collaborate and sing live with other talented guest musicians. Oliver Koletzi was quickly drawn to Mel&Clem and immediately signed them under his label Stil vor Talent, under which they launched their second EP “Inside”. They successfully concluded their first release on the French label Crosswalk, with the ambition of many others to follow.