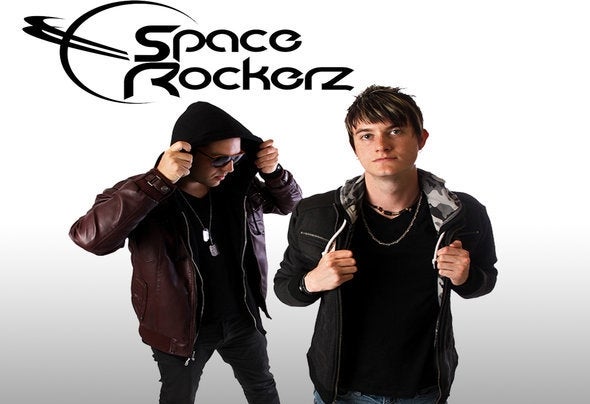 Space Rockerz is an American Trance project created in 2010 by Michael Calderone and Austin Hall. Since their inception, Space Rockerz have been heating up the dance floors across the globe by launching track after track into the Beatport charts Signed by every major trance label there is, this incredibly talented and diverse duo is sure to be heard for many years to come. Holding the #1 spot on Beatport.com charts in 2013 for over 15 days with their acappella "Under The Same Sky" recorded with England based vocalist Ellie Lawson has brought them onto the global stage. In 2014 they went at it again, this time teaming up with LA Based Vocalist Clybourne to deliver an emotion- filled progressive stormer titled "Alive" releasing on Dash Berlin’s Aropa Label.Space Rockerz originals can be heard being played by all the big hitters in the scene such as Tiesto, Markus Schulz, Armin Van Buuren, Cosmic Gate, Paul Van Dyk, Above & Beyond and many others. Their tunes have been featured continuously on world-renowned radio shows and podcasts such as Tiesto’s Club Life,Above & Beyond’s Trance Around the World, A State of Trance with Armin Van Buuren, and Global DJ Broadcast with Markus Schulz. Space Rockerz have torn up the dance floors at countless festivals and famous nightclubs across the USA & Canada.Space Rockerz have a weekly Radio Show entitled "Shakedown Podcast" It's One Of The Most Listened to Trance Radio Shows in Los Angeles & Mexico City, With Over 20,000 current subscribers on iTunes and is regularly featured on iTunes "Whats Hot" section of Electronic Dance Music/Trance Podcasts. The Show consists of fresh promos from some of the biggest artist in the game and current favorites picked by Space Rockerz themselves.To listen to their podcast, go to www.bit.ly/shakedownpodcast