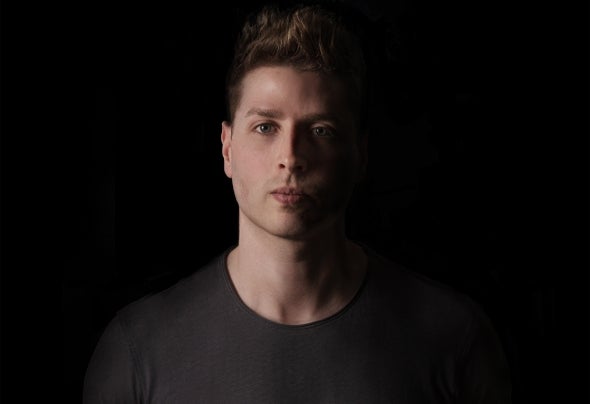 James' current success is not down to coincidence nor is it merely overnight made. Dig a little deeper and you very quickly find those rare qualities that truly identify an individual heading for the top. Growing up in the UK has bestowed many attributes such as hard work, endurance, drive and determination upon this young and already influential artist. He also understands the meaning of integrity, honesty and reliability which shine through in the way in which he conducts himself both in and out of the studio. But above all its his energy and pure love for what he does that has provided him with a platform for what looks to be a very successful career.James always had an affinity with music, the sounds of rock and roll pioneers, blues legends and early electronica were the soundtrack to his youth, diversifying his tastes from an early age. It was this influence that led him initially to the classical piano and then onto the guitar during the Brit Indie heyday. James initially played in fledgling bands but it was his brief encounter with a set of 1210s and DJM600 mixer at a local venue that really sparked him into life. This was a true relationship, one that would simmer away beneath the surface and eventually culminate in the emergence of a new artist both DJ and Producer. An artist with his own blend of mixing, the ability to manipulate and orchestrate those on the dance floor and finally the creation of exceptional music productions of his very own.James has been a tireless advocate for his art and thus has in a very short period of time made great strides. Building a reputation amongst some of the best artists in the world as well as being a continued and reliable source of music to his many loyal followers. He does though consistently go on to hone his skills and develop his sound - a seductive blend of classic Trance synths with modern energy driven beats. Believing the pursuit of excellence is never ending.... but one should never stop trying!