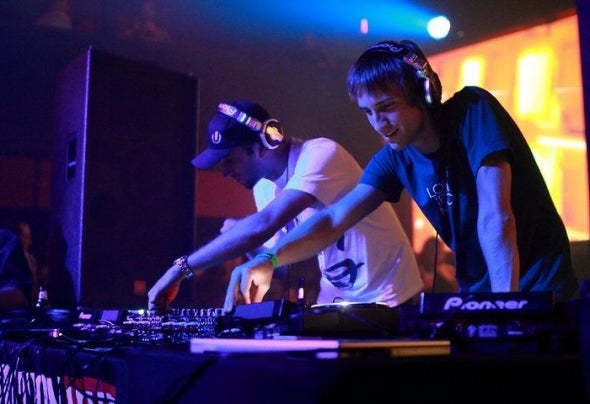 If you summed up RioTGeaR's style in one word it would be this: Diverse. A passion for deep moving electronic music mixed with the necessity of developing a big room sound has molded their approach to building dance floor energy. With a prominent tribal-tech flavor, their sets weave both uplifting and dark elements together, creating the trademark sound that they have become known for.For the past 10 years,Andy Pate and Robert Dale (RioTGeaR) have steadily built their reputation as versatile & talented DJs/Producers in Tech House/Techno industry. Their notoriety has been fueled not only by their live performances and placing 2nd in Carl Cox’s “Revolution at Space” Remix Contest, but also by the success of both of the weekly radio shows that they produce, Mocean District and Ultra Music Festival’s UMF Radio.With 2 performances in the legendary “Carl Cox & Friends Arena” under their belt, gigs lined up on 4 continents, and a series of releases landing on high profile record labels like Toolroom Records, Hotfingers, Dim Mak, MB Elektronics, Phunk Traxx, Blu Music and Gate Null Recordings as well as collaborations with Phunk Investigation, PHNTM & George Acosta – it’s easy to say that 2013 has been a breakout year for the duo.