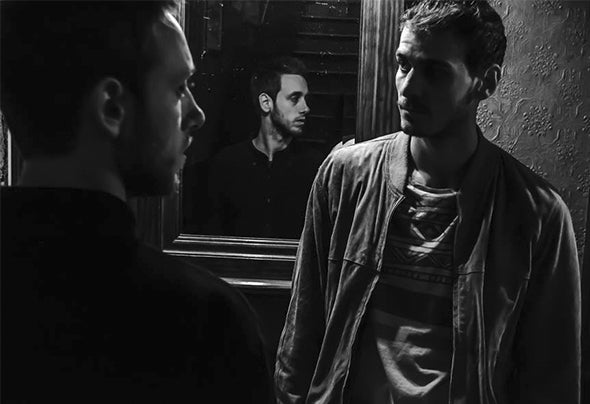 Andrea Guaraldo and Franz Furxhiu, born in 90/91, start to get interested in the world of music when they was children. When Andrea was twelve, indeed, starts to study score and solfeggio, following drum's lessons for over five years. Andrea's family is formed by other musicians and so is easy to understand where he has taken his cleverness in doing music.Also Franz's childhood is completely focused on music, because of his father that plays guitar.As if destiny had already decided everything,Andrea meets Franz and, in 2007, they start to play their sound together in different clubs of Bologna.They are more and more interested in the world of music that they begin to produce a lot of minimal tracks, published in April 2010 on a label called Eye Records and on another label called Arteria Music Label.Thinking to change their kind of music,Andrea and Franz focus their attention on tech house style and so they produce new tracks published on Sonora Records.After few months, they are contacted by a german label, called May Recordings, that asks them if they want to publish their track " Never Back Down" in a compilation with djs/producers famous all over the world ( Joris Voorn, Luca Agnelli, Loko, Pirupa, etc). Then, the same german label publishes the new EP "Vamonos", in which there are tracks that will be supported by Butch, Nino Santos, Luciano Nieto, Isreal Toledo, Mangelt, Lil Gaida, Zidan and many more. Later, the label decides to publish the same tracks also on cd, thanks to the great success of the sales, in collaboration with the label ZYX Music. The name of the release is "the kids want techhouse", in all music stores from February 18, 2011. In march 2011 the new track "Evergreen" is published on another compilation by the french label Potobolo Records.On july 2011 we can see the publication of the EP “Flash of inspiration” on the German label “May Recordings”. On august 8 the label “Wasabi recordings” selected a track called “Wingless” that choose to relaunch on a compilation composed by different tracks of various artists as Rainer Weichold, Jay Lumen, Chris Wood, Jim Rivers, James Talk, Homework; the same label, on august 26 choose another track, “Like Me” to be included in the compilation “We love it deep”, which includes many other famouse traks, like a UGLH remix of the track “Muzique”. The last track, called “Flash of inspiration” chosen by the same label has been published on September 21, 2011 in the compilation “Into the groove”, with some other artists’s tracks as Solee, Philip Bader and Michael Gull.We can find the last publication on the label “May recordings” on 8 fabruary,2012 (EP: “Oh Oh”).May 9, came out the track “Sendero” in the compilation “Kaffeefarhrt – Die etwas andere elektronische Reise" with the label “Momentum league”. Artists in this label: Santè, Format B, Doomwork, Kaiserdisco; Oliver Klain, Gregor Tresher.After months of hard work, the 2013 open the door with a new and important release: on the 14 of January 2013 on Snubb Records, an English label, came out the ep River; which is composed by the tracks River,Scandalos and the remix of River, made by an artist so much famous like Francisco Allendes, a dj from Desolat.On the 28 of january 2013 came out the ep Fruity, composed by Fruity, Infinity and Try to, on a Bulgarian label Alboratory. At the beginning of summer 2013 a new release on Wow! Recordings, a label from Barcellona, on the 10 of july came out the ep Last time, composed by 4 tracks:Wollas, Beles, Hani and Last time.Thanks to this last release 2 of the 4 tracks: Wollas and Beles , on the 12 of june came in the top 10 of Amnesia's chart and on the 5 of july the tracks Hani was been playing at the Amnesia of Ibiza by Marco Carola, one of the most popular and famous dj in the world.On the 24 of july 2013 came out the ep Feel the soul, composed by Our feel and Along time, on the label Snubb Records, label already known by the guys for a past release.