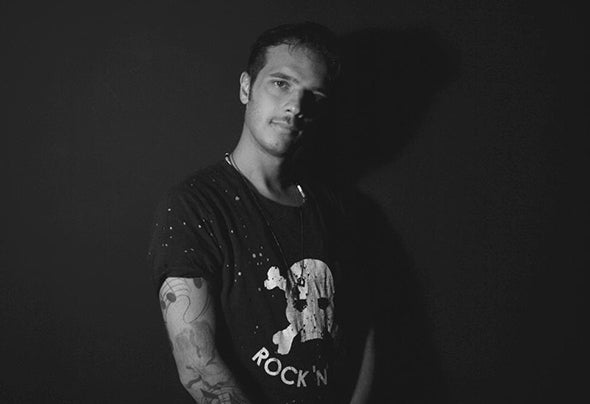 Born in Stigliano (MT) Around 13 he began to love music house, with the first music CDs that have given there to a great passion to many shades.From there the musical evolution has been very fast. Expanding its tastes and views thanks to the various exchanges of views with friends like Matthew DJ Ario Arienti, Florian Meindl, Martin Patino, Pascara Duah, Matthew Cabassi, Alli Borem, Fabio Outart, Manfredi Romano, Alex Picone and Ensemble for True Love name a few. Then grew up to the sound of Villalobos, Luciano and Loco Dice, you can buy a small console with whom he began playing in various friends' parties and after private.In the winter of 2011 ends his first release entitled "Santochirico" under the aka ONCE UPON A TIME Flash Records, a label owned by Florian Meindl. Later that same year always comes in a special various artist on Fontek records, label of Rimini managed by 'friend Matteo arienti (ary)Finally released in December 2012 with his first ep on galvanic rec called "SUB " which found numerous feedback for several Italian and international artists. Busy still on the front outputs from the individual and / or members Filippo Cattini and Daniele Trotta, in addition to this dance has a number of projects that will bring hope to have a successful career.