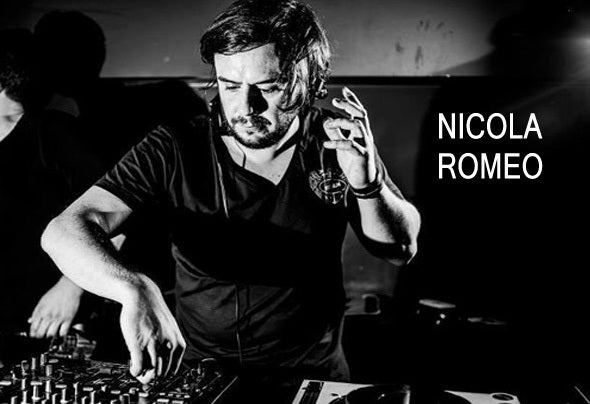 Nicola Romeo was born in 13.06.1979 in Hanau of Italian origin (Calabria). He realizes the love for music since a child when he heard his father's drum rhythm. Later, until 1997, Nicola discovered to love electronic beats, he was influenced by the Frankfurt clubs like Omen, Box und Gray which enable him to form his present style, (House, Tech House). In the beginning in 2000 through his first gigs in clubs like the MTW, Monza, helium, he formed his music style and in 2003 taken part in the foundation of fuessewackeln.de and is still a successful event series in Main Kinzig District. He also played abroad, gigs in Austria, Turkey, Italy, Holland. Today, he is an integral part of the electronic music scene around Frankfurt. 2012, his first release on Suerte Records and he's official artist in konzept[:]musique.These are some clubs where he played: Cocoon Lounge (Cocoon Club Frankfurt), MTW, Helium, Velvet Club, Bar 99, Monza, Penn & Diaz, ADLIB, ClubHeim, Anna's Club - Aschaffenburg and many others.