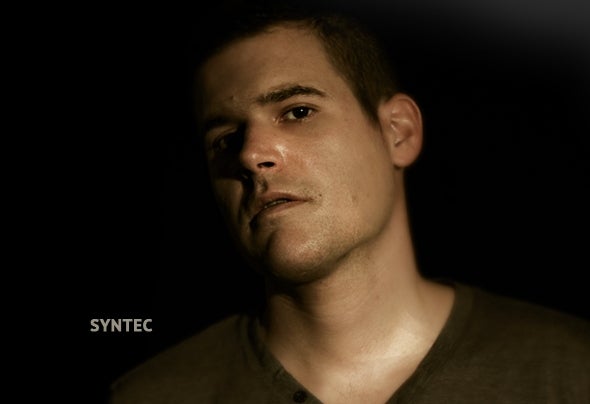 Christian Baldinger (aka Syntec) is more than a usual producer who just puts a mayfly onto the big globe of techno releases. In recent years, Christian has developed his own specific definition of deep-pushing drum sets in his tracks compounded with incisive percussions. Heavily influenced by the time he spent at the legendary techno club “Parkhaus” (together with Millenic as Neuland DJ-Team), Christian progressed from tribalistic rhythms to hypnotizing bass heavy Minimaltechno. After the “Kammerflimmern EP” on Trycrack Records was published, his sound was discovered by the Frankfurt- based distribution company DBH (Robert Drewek, Alex Bau & W.J. Henze), which offers labels like Musique Unique and Geopark Music.Syntec’s milestones can be summarizes as follows: “Trial & Error EP” as well as “Sala Bummtschak EP” could be found in the playlists of Loco Dice, Steve Bug, Raresh and Dan Curtin.In 2009, Christian started the project “Syntec & Linus Quick” together with his colleague Linus Quick. Just after releasing “Herz ist Trumpf”, “Momentum” and “Tanzbar”, he participated in cases like “2000” and “One, Xpansul, Pfirter, Daniel Sanchez”. Moreover, various EPs could be found on a mixed CD of the techno guru Alex Bau.One year later, “Syntec & Linus Quick” decided to work together with Rmx and to join projects of artists like Marc de Pulse, Dandi & Ugo or Mihalis Safras – a development that resulted from the foundation of the label NeverEnding Rec. realized by Phuture Traxx and Citizencain.For example, Syntec was booked by locations like the Gloria (Regensburg), U603011 (Frankfurt), Reaktor or Universal dog.M-bia (Berlin) where Christian fascinated the crowd as DJ but also with his live acts.Till today, Christian does not stop developing his sound. His repertoire includes laid-back beats as well as hard techno. “The curve mustn’t lose its tense”, says Christian which is the declared aim of each of his performances. Everyone who has visited a concert of Syntec once can confirm that Christian has always reached his aim in an impressive way.Nowadays, Syntec is involved in various projects since Christian is not focused on one specific music style. As Syntec he releases his groovy EPs whereas he publishes his melodic sounds as Chris Blange_Techno and Sudpunkt (projects with Farid Zakari). Just recently, Christian has released his EP “Cinnamon Scent” thereby cooperating with the label “Globox rec.” of Sasha Carrasi & Tony Matt. More EPs will follow on Wayward Music.