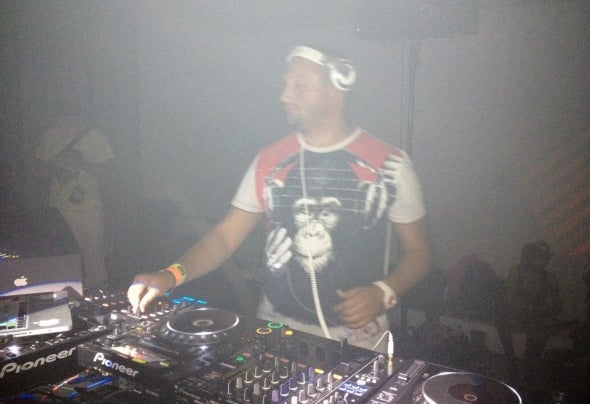 Delano is one of the leading heads of electronic music in Slovenia and also a successful Dj & producer for more than 13 years with lots of results around the globe.DELANO had his first touch with music at the age of 11, when he got his first sintezaizer as a birthday present from his father. Started listening to techno music the year 1991 and at 1997 he bought his first vinyl with the decision of being a Dj. Few months later he had his first performance behind the turntables and got the opportunity to approve his Dj skills. With this way and the support of Umek Uros, he entered into the great world of Djing. The same year he moved from Ljubljana (Slovenia), to Vienna (Austria). Beside Djing, he also started working as a booking agent -booking djs for events and clubs all around the world-and at 1998 to 1999 he comes up with his booking agency FREE SPIRIT ENTERNTAIMENT having the best names from Eastern Europe. His first vinyl came out between 1999 -2000 making the way to the top much easier, by collaborating with Dj Felipe aka Philipp Straub and being member of Tatort Organisation, producing every month more and more and being day by day full booked. T hrough all this years Dj Delano became a big name in the Techno Global. He had gigs all-round Europe and played with some of the best Djs from the Electronic scene. At 2005, he makes the big step by starting the Label FREE SPIRIT RECORDS and supporting new talents of the Techno, Minimal and House Scene. More than ten years of Djing experiences, ardent dedication and a unique choice of music have modeled a DJ, who enjoys big respect and popularity at the Slovenian & Austrian electronic music scene. He is using his technical skills to perfection, playing with mathematically structured techno sequences and moods, while hypnotizing the audience with relentlessly driving percussive beats. For the past few years, Dj Delano has been successfully building reputation as one of the most exciting Slovenian Dj by playing alongside some of today's most prominent world DJ's at major dance events and clubs in Ljubljana (Slovenia), Vienna (Austria) and Europe but also and all around the world.At the moment he is getting focused on producing music with new promising talents and remixing tracks for some of the best labels around the Globe.