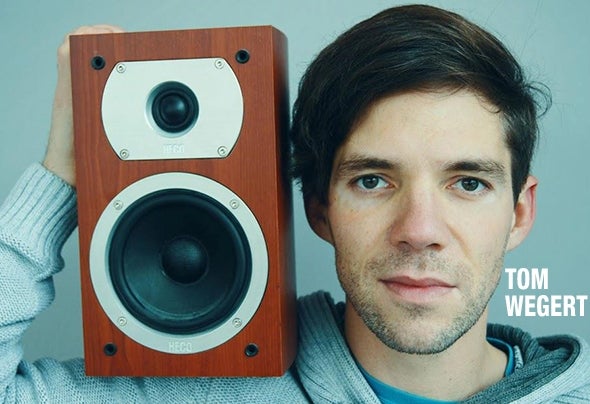 Tom Wegert was born in Munich in 1980 as the son of two boogiewoogie world cup dancers. Back then, it was already obvious that he would dedicate his life to music.At the age of 4, he played the brass post horn in kindergarten. When he was 10, he found an acoustic guitar in the garbage container. He immediately started to use the new instrument in the school band. There, Tom also learned to play the drums, the electric bass, and to use the mike. In addition, since the age of 12 he performed for the next 7 years as a break and street dancer with the “Southpoint Family”. When he was 15, he discovered his passion for turning the vinyl disc during an audition in the terminal of Riem airport. The feeling he got when he saw the masses of people moving with the beat as if there was no tomorrow, the women and men acclaiming the DJs and adoring them as real Gods of Techno was truly incredible. In the years to come, Tom’s future way became clearer and clearer. His style was more and more influenced by electronic music and by 1999, he had found his individualistic and unique direction. The combination of various influences – the instruments he had learned to play as a child, electronic instruments, his music production activities as well as the fact that he interprets music by dancing - made of Tom’s style what it is today: Tom is a DJ and producer who can do more than just minimal, deep, funky, tribal or techno house - an incredibly rich diversity of styles. His music is first of all for the masses of swinging hips on the dancefloor, which are for him the only measure of success. The journey goes on!