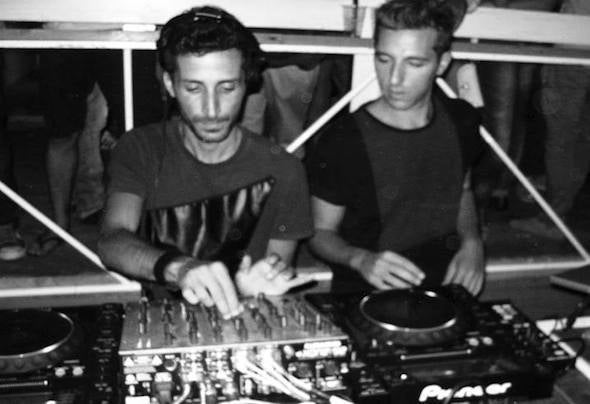 Konstress is an Italian electronic music duo composed of Maurizio Velardo and Andrea Ciancia, originated in Naples in 2008. Influenced by the lively music scene, they jumped into its arms. First release comes the winter of 2008 on 12" with "More wet less dry" EP, signed by Splitsound Records and played around the world in bad-ass clubs and events by djs like Joseph Capriati, Sasha Carassi, Markantonio, Remute, Andrea Ferlin, Frankie and Abnormal Boyz among others. Their background widens with releases on Malatoid, Italo Business, Stolen Moments and further collaborations with artists such as Luigi Giomini (Abnormal Boyz) and Bodyscrub with which they create an amazing release on Sasha Carassi's Phobiq. They also released several remixes for and from artists like Dandi & Ugo, Flug, Greenbeam & Leon. T he evolution and refinement of their musical tastes, brings the two friends to come closer to house music trying to create their own sound full of deep and tech touches, that marked them out so far. Soon after Konstress get immediately great feedback signing for Steve Lawler's Viva Music, with the sweet-funky-tech-house track "Groans".Over recent years they worked for big labels like MOAN, Four Fingers Hand and Hypergroove Records on which they released the infamous track "Skrulz" played by Jamie Jones at Richie Hawtin's Enter at Space Ibiza.Recently they became art directors of Stop Clone Music, a label that counts among its outputs people like Dj Emerson, Matteo Spedicati, Abnormal Boyz, Dinamoe and many others. Coming next on this label Konstress will propose music by young talentsand big names, like Circoloco's System of survival, Bodyscrub, Dhaze etc.Passion for music, without any restriction, mixed experience and professionalism bring Maurizio and Andrea to continually evolve their sound, always keeping dynamism and freshness that identify their works.