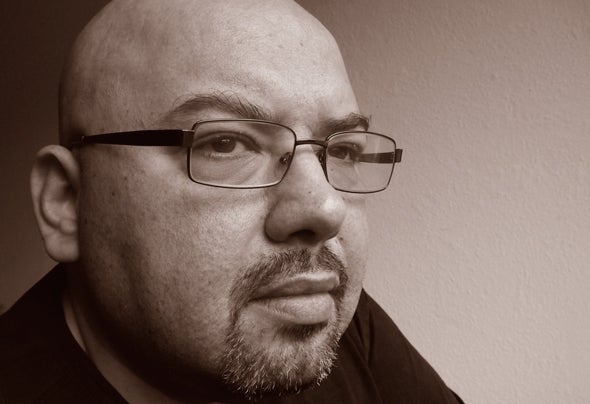 Ilker Yilmaz is an electronic dance music producer from Germany. Born in Istanbul and raised in Bremen. His music career started in the nineties as a part of a hardtrance, techno and rave project as producer and performer. Ilker's first contact with the electronic music was in the lately seventies as a teenager and he was fascinated by the sound of Kraftwerk, Jean Michel Jarre, Human League and Yello with their amazing sounds. The fascination with the electronic music grew into an obsession so he decided to constructing music with sounds and samples. He started to make music in the eighties as a DJ with hip hop and funky cuts, he used tape decks and record players. In the end of the eighties worked Ilker with hardware sequencers followed by midi instruments until he began to use the computer for his music. New wave, EBM and Industrial were his first favourite styles followed by House, Acid and Techno. His first vinyl release was in 1993 with the „NIP Collective“ project. Their debut release was well received by the underground dance community in North-Europe. It was a very good cooperation with different vinyl releases and many live performances. Solo projects and releases on different labels and collaboratiions with other DJ's followed at the end of the nineties. His productions have his own elaborate style, somewhere between minimalized underground and deep techno music, repetitive and diversified at the same time, the functionality of his exciting arrangements and sound elements proves as a direct connection to the dance floor. Projects of Ilker : nip collective, t-phunk essentials, pandora, substanz, velvet, iyp jack inn, uzay, jim lastik, boogieheads, reflexx, amnesie, delüx