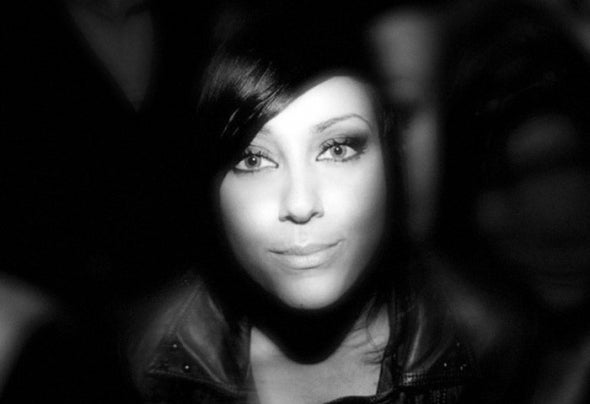 Miriam Macri was born on 12 september 1989. She grew up in a completely different way from her peers. From the age of 13 till today, she cultivate a big interest for music (house,deep,techno), influenced by italian and foreign musical currents. She spends her time in italys biggest and most frequented clubs. Meantime her music archive changed and she was always looking for a new style. She decided to follow a direct music pattern but she never had the equipment to carry on this concept,so one day a friend of hers showed her how how to mix and shared with her the most important concepts about djing. After a long year of ups and downs which lead her in a particular state of mind and only after she noticed that making and mixing her melodies, only this would represent her for what she really is. At the beginnig of a rise of a music production, when she finished her first project "Away from the white sand",and after a season spent in ibiza, in the winter came "Instruction For Trippin" and "Morphose".The last track is called as her alter ego "metamorphosis ", a very interesting name for several reasons... First of all this name represented Miriam in all her fases, with different points of view, always changing, but the most important thing is, a person who is always moving forward with her music...!!! miriam is a girl who eats, drinks and sleeps music, its more than a passion but something that is a part of her, and if she didnt have music in her life, her life wouldnt have sense.