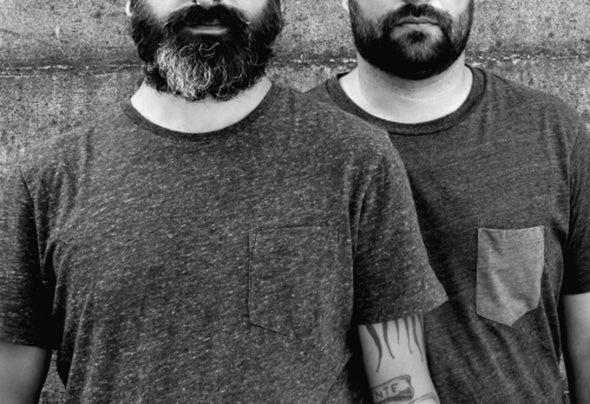 Since their birth Rvde published two Ep's gaining good feedback around and refining their sound in the meantime. First one came from Black Reel and shown the producers skills as well. Then "Hymnes" Ep came out on Intellighenzia Electronica, with remixes by Mr. Jerome Sydenham and one of the label's chief dj M23.After these releases Rvde got lots of contacts all over Europe and America too, sharing the stage with many djs (such as Alan Fitzpatrick, Gary Beck, Mark Broom itself, Brando Lupi and Ben Sims just to name a few) and recording several podcast for well known blogs and radio shows. One year after Intellighenzia Electronica releases the third Ep of the italian duo. "Veslar" Ep contains three original tracks and three remixes. The sound brings to another level different elements such as obsessive drum patterns and cutting edge loop-synth lines, maintaining that deep raw approch and focusing on a modern view of techno. Producers and djs that arranged the remixes of "Veslar" are Mark Broom, Ricardo Garduno and Tommaso Marasma. One of the biggest names around, one of the hottest artist of the moment, and one of the most representative name of the label. Expect different styles in these reworks, from heavy as fuck hypnotic sounds to old school rough drums feeling through dark pads and funky glitchs. Next projects for Rvde will include a bunch of remixes and new podcast each month, even bookings will be intensified later this year.