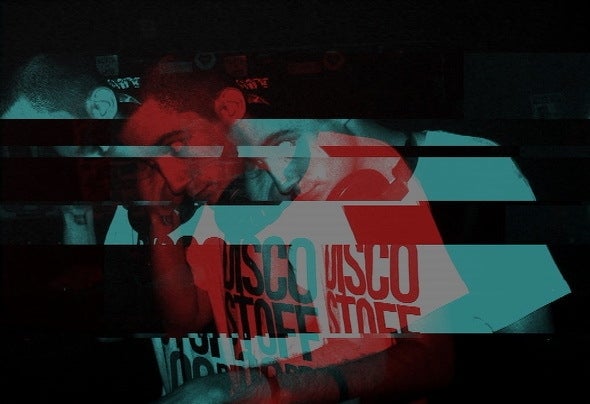 Underground Electronic Music Producer/Remixer Atie Horvat (Horvát Attila) was born on the 24th on June, 1989 in the former Socialist Federal Republic of Yugoslavia (today Serbia). Music has always been a part of his interests, always wanted to become a DJ, taking after his father (who was active in the ‘70s and ‘80s and hosted a locally famous radio show for 6 years in the 2000s). He grew up listening to classic disco hits, Trance and Rave. After the divorce of his parents, his taste changed drastically and he only found relief in Heavy- and Death Metal for 3 years (Korn, Slipknot, Machine Head, Morbid Angel,etc…). During his high school years he frequented clubs and house-parties, which led to a new shift in musical taste, being Trance, and by time, Minimal. When he first discovered Ritchie Hawtin’s sets, he immediately became a fanatic. Not only him, but the whole M_NUS family had a huge influence for 2-3 years. On a day in the beginning of 2011 he found Hefty’s music. From then on his whole life has been changed by Hefty’s dark, deep and trippy music. He became his favorite, listening only to him and similar Djs and producers, like Tirai, Memnok, Ochu Laross, Splatter, Hertzman,Ixel, for 1.5 years, under which he made acquaintanceships with Amir Razanica. Since music became a very important part in expressing his feelings, he finally decided to make music. The August of 2012 marked the beginning of his career, when he’s been given a chance to remix one of Amir’s tracks, which was later released on SubWoofer -and RawHard Audio Records. His first EP is titled “Gazebo EP” which also came out on SubWoofer Records. He’s constantly in the making of new materials and remixes and he keeps going on and released on labels such as like Dystopain Rythym,Rheostatus,Black Circus,Resorted Recordings,Concepto Hipnotico and many more. Influences: Dolgener,Silvano Scarpetta,Hefty, Bjoern Torwellen, Amir Razanica, Steve Wilson, DKult, Gabeen,Jan Fleck and many many more... Supported by: Hefty,Dolgener,Silvano Scarpetta,Marika Rossa,Gabeen,Amir Raznaica,Mike Maass,Bruno Ledesma,Garrett Dillon,Uun,Justin Schumacher,Kostas Maskalides,Underground Factory,Ig Noise,Darmec,Peat Noise and many many more.