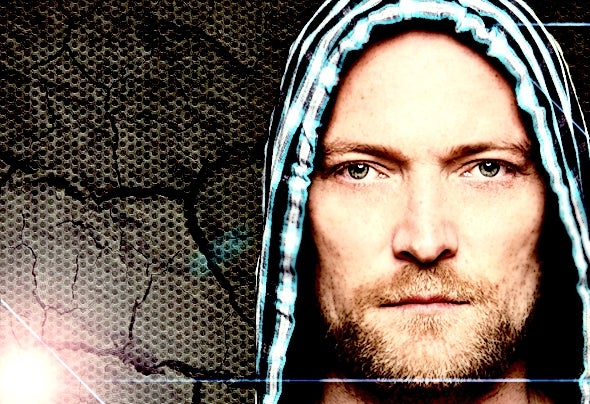 DAVIDCHRISTOPH-REVOLUTIONARY MIND IN ELECTRONIC MUSIC With DavidChristoph we have a fresh, fulminant Dj, who stands for extravagant work on stage and mindblowing performances! Partying up to the point of ecstasy, dancing in great profusion and music that forces you to move your body. Always keep in mind HE IS DIFFERENT! Step towards heaven He attracted real attention in 2008 through tracks for the famous label Felix Kröcher Recordings, Abstract Records etc.! Even the popular Dj Rush played his tracks on the well known TIMEWARP in front of thousands of partying people! Furthermore you can find his tracks on playlists of BIG Djs like Dave Clarke, Dubfire, Umek, Speedy J, Joey Beltram, Alan Fitzpatrick, Gary Beck, Sasha Carassi, Audio Injection, Submerge,Sutter Cane , Bodyscrub , Axel Karakasis, Flug, Erphun, Mikael Jonasson, The Advent, Industrializer, Adam Jay and many more! Numerous gigs followed and the partyanimal performed in countries like JAPAN (Tokyo Tour 2009) , SPAIN, ITALY, SLOVENIA, HOLLAND, GERMANY,HUNGARY, CROATIA and AUSTRIA and showed that he has got this special thing to stand out of the mass of acts! Enhanced Music At the end of 2009 DavidChristoph went to his new agency, ENHANCED MUSIC which is owned by no other than Frank Kvitta himself!! Furthermore it?s the home of great artists like Boris S., Arkus P, Submerge, Industrializer and many more. 2010 a year of power! To keep it short, DavidChristoph released more than 70 tracks in 2010/2011 and his first album, which he produced with Chris Eco after their tour through Japan/Tokyo in 2009 on famous labels like SYNDIKAAT Records, Driving Forces Recordings, Take More Music Records, Freitag Limited, Naked Lunch, Planet Rhythm and many more popular labels. He performed all over the globe and presented his sound in clubs with over 10.000 people (like in Spain @ the mainfloor of FABRIK) and on festivals with over 25.000 people, like the famous Q ? Base! His sound is even featured on the official Q-Base Cd Compilation! He travels around the world and simply elates with every performance! It is more of an experience than a performance! Closing words Next releases on really famous labels are fixed and will be in record stores soon, new projects are in process of being realized and future gigs are waiting to be played!!"NEVER FORGET - PLAY TECHNO"