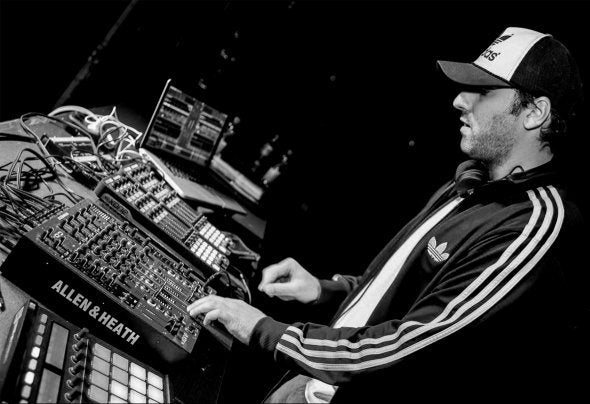 Monocraft discovered electronic music in his young age, but he really deepened into techno music in 1998. A year later he bought his first vinyls and began to build his DJ career. From the very beginning found himself in the underground techno and he played music by artists such as: Surgeon, James Ruskin, Jeff Mills, Oliver Ho, The Advent and so on.In the early 2000s, was given an opportunity to play in a small club from week to week, where he could show his unique sound. These club nights have become more and more popular so his name also became well-known to the audience and intertwined with techno. Due to this he received great deal of invitations to different clubs and events in Hungary over the years.After spending 10 years behind the decks, in 2009 he started to work on his own tracks and got his first release in January 2010. In subsequent years Monocraft’s name - thanks to his releases - became well known in the international scene and came out at influential labels such as: Silent Steps, Nachtstrom Schallplatten, Android Muziq, Phobiq or Brood Audio and his works are played by big names like Dave Clarke, Luke Slater or Richie Hawtin.His music is mostly deeper, darker with hypnotic synth leads, but at the same time raw, energetic and powerful with strong bass lines and pounding grooves.The next step in Monocraft’s musical journey - after months of planning - at the beginning of 2015 he launched his own label called: Dark Fields Records. The main idea of the label is to deliver uncompromising, unique, quality techno from talented artists. It's worth to pay attention to Monocraft’s works in the future.