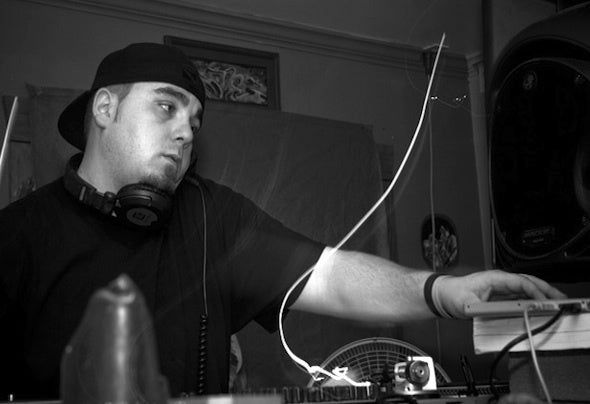 Brooklyn native John Massey has been attempting to damage eardrums for almost 15 years. A child of the 80s, John transplanted to Los Angeles as a teen. There he discovered an emerging underground dance scene and was infected with an interest in electronic music. John soon founded Sound Rehab Productions, connected with influential local promoters and artists began coordinat ing t echno event s and working t he dj circuit throughout the southern California area. Today John resides in Seattle.In the years since John has stayed close to the underground, while making appearances at events such as Seattle’s Decibel Festival, SubSensory’s monthly STATIC in Portland, and frequent club and afterhour gigs around the Pacific Northwest. John is the kind of unassuming artists that earns respect rat her t han demands it ; keeping his head down and focusing on his craft, trusting his instincts to keep the dancefloor moving. His current set consists of a live/dj hybrid t hat enables John t o creat ively blend a wide variet y of t echno, minimal and experiment al sounds.As a producer John tackles a variety of sounds ranging from his previous hip hop efforts under Dysposable Heroes, to his techno projects under his own name and previously as Indispenable Villains. He’s affiliated with Seattle’s From 0-1, a conceptual label which he represents in his various endeavors. He’s released on various labels such as HardSignal, Bleepsequence, From 0-1, Subsensory, Droid and his own Sound Rehab Recordings. No matter the genre he has always enjoyed working with various artists giving him the opportunity to make new friends and take in newinf lue nc e s .