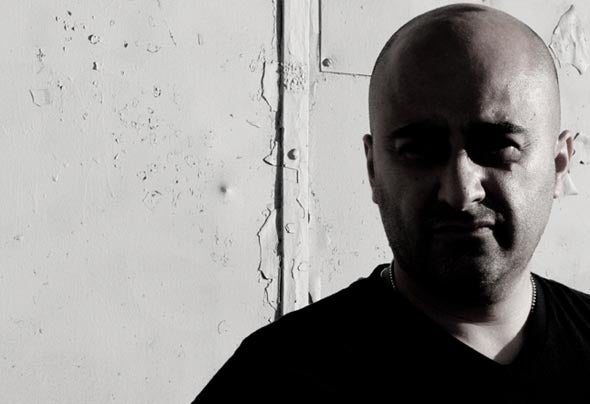 It may have been fate that Erphun's very first gig was on Halloween since hismusic is pounding, moody and transformative, as if from another realm entirely.His ability to build a mood in his DJ sets is mesmerizing and transports the listener to that alternate higher level that his moniker infers.Erphun has already reached his global fan base and spun in several continents such as Europe, North America, South America and Australia.More specifically he’s spun at legendary clubs such as Guvernment in Toronto, Butan, Germany, Circus in Montreal, Kunstpark Koln in Germany, Exit in Lithuania, Chinese Laundry in Sydney, Brown Alley in Melbourne, WesterUnie in Amsterdam, Reaktor in Zurich, Saxon in Ukraine, 1015 in San Francisco and H2O in Mexico City.In just five short years of production, Erphun has achieved what most accomplish in decades. With releases on Excentric Muzik, Stephan Bodzin’s imprint, Herzblut, the Berlin based Techno heavy weight Nachstrom Schallplatten, Alan Fitzpatrick’s label 8 Sided Dice, Sleaze Records UK, Ideal Audio and John Digweed’s Bedrock Records, his name is recognized among the Techno world of spinning producers who globe trot his compositions to be dropped on every conceivable audience.His music is charted and played by some of the most reputable heavy hitters in the industry today such as Dubfire, Adam Beyer, Len Faki, Sasha, John Digweed, Chris Liebing, Speedy J, Oliver Huntemann, Paco Osuna, and Stephan Bodzin to name a few.Erphun's unique and different style of music rests on the borders of groovy Techno, and dark, evil and twisted Techno.His signature percussion patterns, menacing basslines and synths are instantly recognizable by his musical peers and his fans worldwide. Not only do majority of his DJ sets consist of his own original productions and remixes, but almost every major DJ in the world at one point has either played, supported or charted his music in all genres of electronic music. Profile Image (590x404)The reaction of the listener to his slow, driving builds of his productions that weave between the almost symphonic-like movements of each of his pieces is always jaw dropping and is usually followed by an exclamatory "SIIIIIICK!".The sound of his music is succinctly summed up by John Digweed as a “deep, dark, hypnotic and brooding sound,” which inspired the name of his own label, Brood Audio.In November of 2010, Erphun launched Brood Audio and has gotten the attention and support of some of the biggest names in the Techno underworld.Some of the hottest Techno producers around the globe have contributed to Brood Audio such as Alan Fitzpatrick, Alex Bau, Perc, Xhin, Audio Injection, Subfractal, Woo York, Markantonio and DJ Emerson.Brood Audio will be the primary home for Erphun’s upcoming productions as his worldwide fan base will get a taste of his darker and more sophisticated taste in Techno first hand!