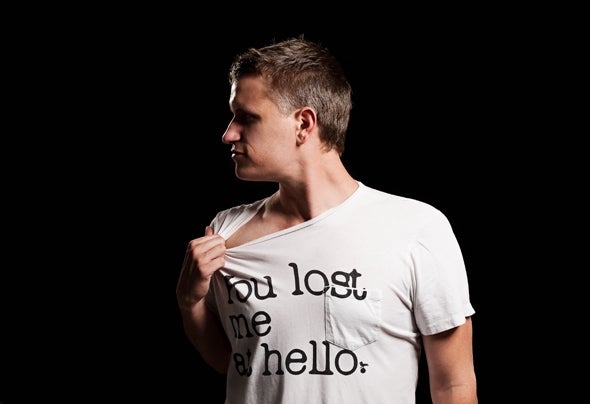 Hailing from a region known for its basketball and corn, the emergence of an artist from Indiana such as Kyle Geiger is marked as seldom at best. Kyle Geiger's quick rise in the international dance scene is due to both his production prowess, and his explosive decks and effects DJ sets that bridge the divide between techno and minimal. Kyle is not a producer first, DJ second, but chooses to look at both aspects of DJ and production as a whole; one is not complete without the other. Originally inspired by the harder, percussive stylings of late 90's Swedish techno featured on seminal labels like Drumcode and Code Red, Kyle has witnessed the evolution of the genre as it morphed into a more accessible, groove based sound. Still loving the energy and power of the earlier phases of techno while embracing the genre's changes, Kyle has refined his productions and DJ sets into what very well may be a new breed of soundscapes that pushes things forward for the next generation of techno to come. Since being named in DJ Mag as the "breakthrough DJ of 2008" by Adam Beyer, the years following have proven to be nothing short of that title for Kyle Geiger. Within the first year of his premier vinyl release, Kyle achieved international notoriety, a feat that many never accomplish in their entire career as a DJ/producer. Having played literally all over America, the midwest-based producer is set to storm the international scene. With numerous European and South American tours under his belt already, including three performances at the widely touted Berghain in Berlin (Voted by ResidentAdvisor.net as the 1 club in the world), rounded off with a stop at the Dance Valley festival in Amsterdam, Kyle is certainly prepared for the big things the future is already promising to bring. With highly regarded releases on Drumcode, MB Elektronics, and Perc Trax, as well as remixes for Trapez, Droid, Renovatio, plus having his tracks played by all the heavy hitters, the future is proving to be a very promising place for Kyle Geiger as he continues to take his widely recognized DJ set around the world and to the next level.