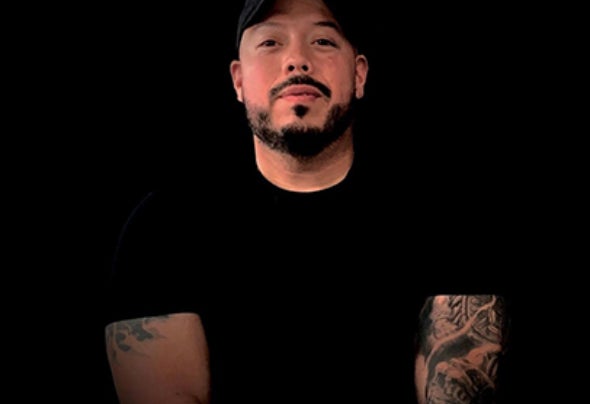 Orlando Solis is an American electronic music producer and DJ from Chicago, and son of successful musician Jose Luis Napoleon Solis. The techno aficionado can now be found playing some of the world’s most renowned places such as Berlin’s Berghain, Tresor, Chicago Smart Bar, Spain’s Fabrik, Vienna’s Camera Club, Nature One, and Def-Con 1 festival. Known for running the label Impact Mechanics, Orlando Solis own productions can also be found on the pristine label Mote Evolver, After successfully touring Europe several times, his appearance has been in demand each and every year. Submerge’s technical knowledge has landed him an endorsement by the respectable company Allen and Heath and his knowledge of IT has also landed him work at the prestigious School of the Art Institute of Chicago